Mom Who Showed ‘Signs of Intoxication,’ Crashed Car with 5 Children Inside Is Charged with 4-Year-Old Daughter’s Murder: Authorities 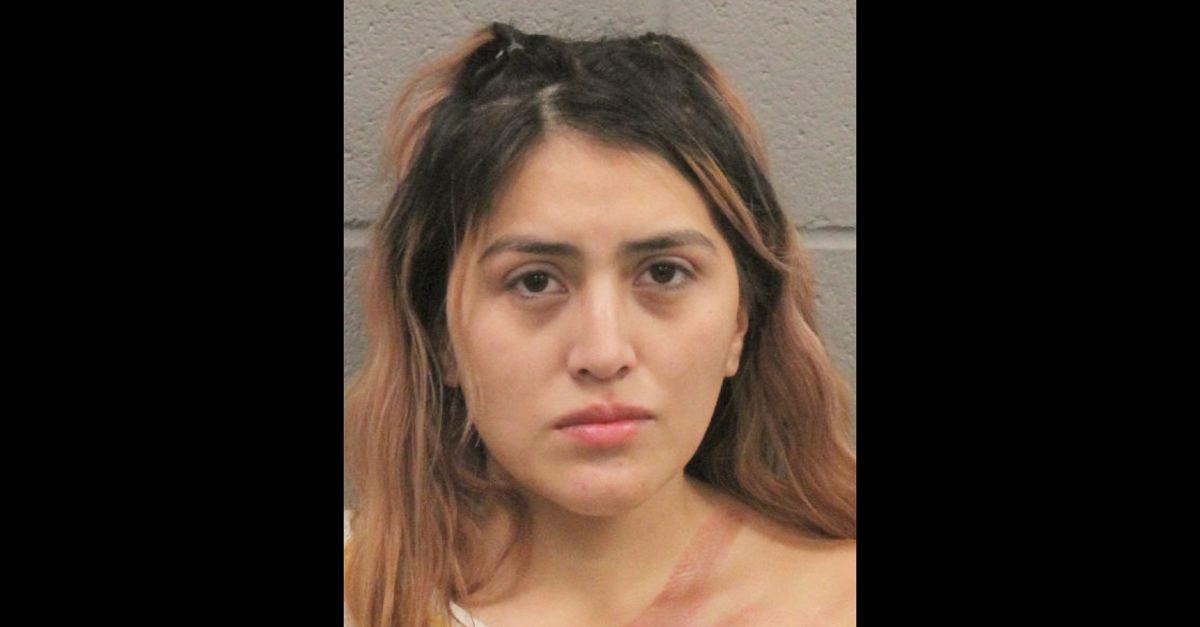 A mother who allegedly drove while intoxicated over the weekend and crashed her vehicle while five children were inside is now charged with felony murder after her young daughter succumbed to injuries she sustained in the wreck. Rosalia Sanchez, 25, was identified as the suspect on Sunday.

Five children, including the 4-year-old victim, were in the vehicle at the time of the crash, Harris County Sheriff Ed Gonzalez said. The sheriff said Sanchez is 35, but a sheriff’s office spokesperson told Law&Crime she is actually 25, as stated in jail and online records.

The young child initially survived the injuries in critical condition, Gonzalez previously announced. The crash occurred around 4:30 a.m. Sunday on Sam Houston Parkway, he said. There were five kids in the vehicle, ages ranging from 2 years old to 10.

The 4-year-old girl suffered a possible traumatic brain injury from the crash, the sheriff said. Local reports said that the child was Gonzalez’s daughter.

Update to crash on Sam Houston Pkwy: I’m at the scene. There were 4, not 5, children in the vehicle; possible ages of 10, 10, 4, 2. The 4 yr old is at a hospital in critical condition. The female driver, approx 35 yrs, was showing signs of intoxication. It appears she struck https://t.co/tntr6eBxJZ pic.twitter.com/IIvDmF4Egg

After the 4-year-old girl died, Gonzalez said she was unrestrained in the vehicle, perhaps sitting on another child’s lap. The charges against Sanchez were upgraded to felony murder.

Update #3 to crash on Sam Houston Pkwy: sad to report the child has been pronounced deceased at the hospital. The charge on the mother/driver has been upgraded to felony murder. The child was unrestrained, possibly sitting on the lap of another child. #hounews https://t.co/sAifSiikkY

From the charging document:

ROSALIA SANCHEZ, hereafter styled the Defendant, heretofore on or about November 14, 2021, did then and there unlawfully, intentionally and knowingly commit the felony offense of Driving While Intoxicated with Child Passenger by operate in a public place, while intoxicated, a motor vehicle occupied by a passenger younger than fifteen years of age, namely P.S., and while in the course of and furtherance of the commission of said offense did commit an act clearly dangerous to human life, to-wit: driving while intoxicated with a child in the motor vehicle and being involved in single motor vehicle accident and did thereby cause the death of L.S.

“These cases are so very sad because they are 100% preventable,” he said. “These are tragedies that we’ve got to find ways to prevent. Children depend on adults, especially their parents, to keep them safe.” The sheriff also said that the driver “’may’ have been coming from a baby shower party.”

Sanchez remains at the Harris County Jail in lieu of $75,000 bond for the murder charge, and a $500 bond for possession of an alcoholic beverage in a motor vehicle.