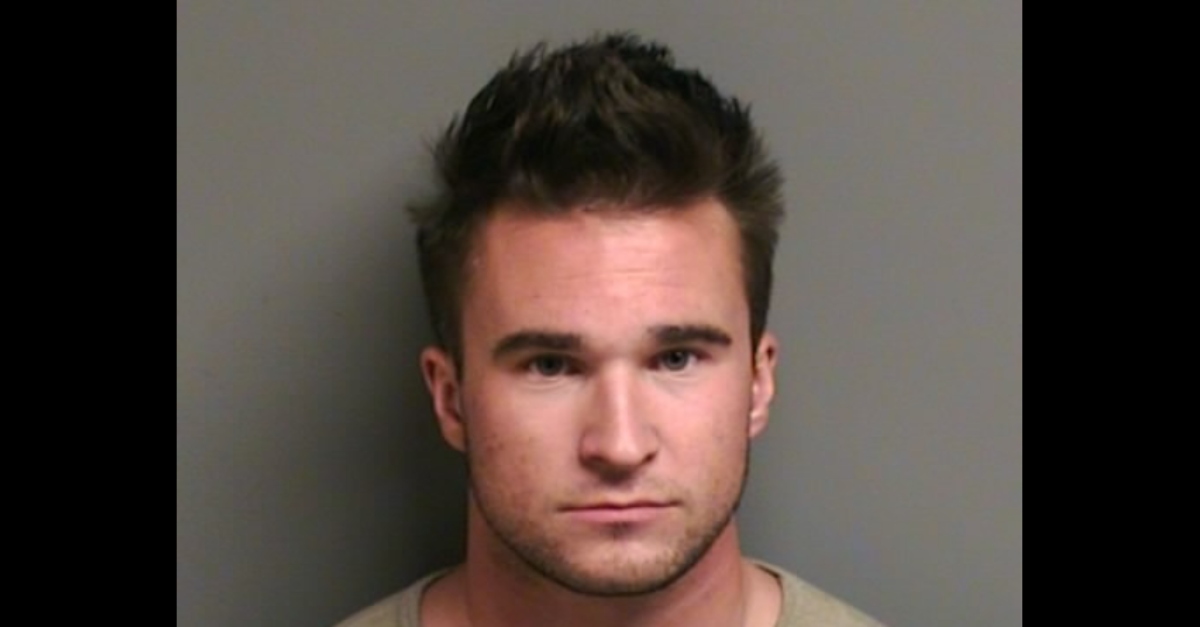 A man pleaded no contest on Tuesday to a violent, multiday vandalism campaign against a Black family. Michael John Frederick Jr., who turned 25 on Tuesday and is white, presented himself as very sorry back at a court hearing last year.

“I am extremely regretful of what I did,” said Frederick at the time, according to The Detroit Free Press. “I can say it’s not like me. I acted way out of character. This wasn’t about the color of anyone’s skin.”

His new plea doesn’t synchronize with that apology in either substance or scope. Under a “no contest,” he is not admitting to charges including discharging a weapon in/at a building, and ethnic intimidation. Also, he pleaded no contest to vandalizing a resident’s home on September 12, writing “pedophile” several times on the person’s garage, according to the Free Press. That resident, who is white, had political signs for Democratic candidates.

In a hearing last year, a detective reportedly said that Frederick confessed to firing at the truck of Black homeowner Eddie Hall, a separate shooting at the home, vandalizing the man’s pickup truck, slashing the tries, and smashing a home window with a rock in attacks across September 7, 9, and 10.

Candace Sparks-Hall told Click on Detroit she initially believed that the sound of the rock was gunfire.

Frederick scrawled a swastika, “terrorist,” “black lives matter,” “get the f— out,” and “not welcome,” on the vehicle, the detective reportedly said. The motivation behind this, the investigator said, was the Black Lives Matter sign shown in the family’s front window. Frederick insisted he did not target the Hall family for being Black, the detective said.

Frederick’s father, Michael John Frederick Sr., 53, also pleaded no contest on Tuesday. In this case, it was for accessory after the fact to a felony, tampering with evidence, lying to a peace officer. He had admitted to disassembling the gun his son used in the attacks on the Hall residence and getting rid of it, police have said.

Sentencing for the son and father is set for August 16.