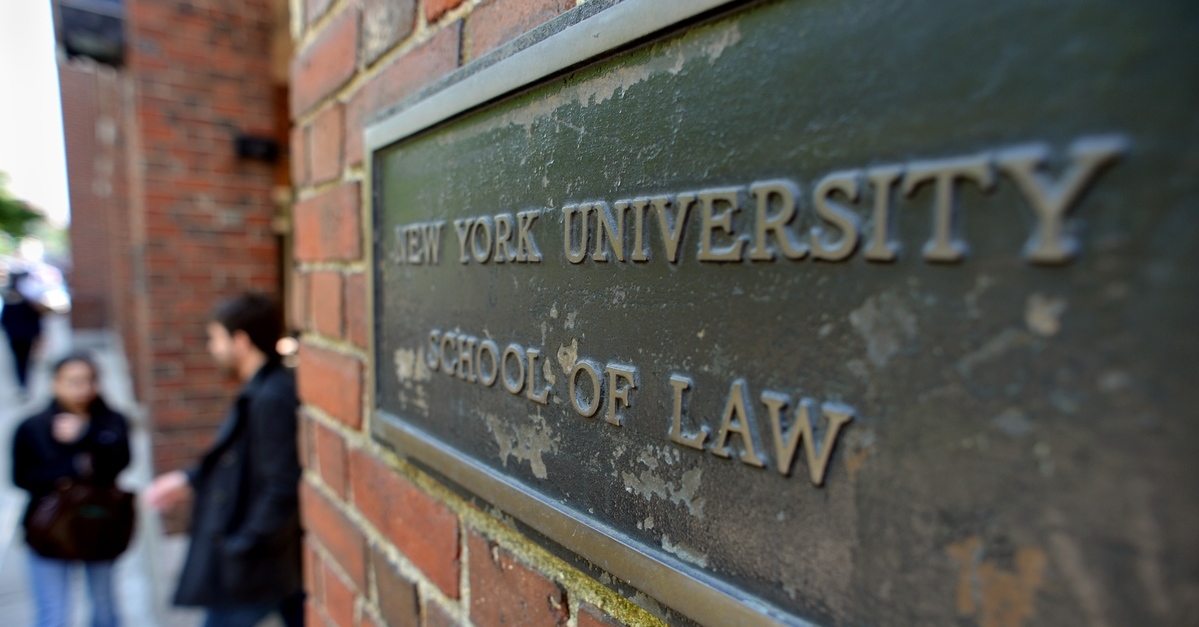 A one-time law student is alleged to have extorted and terrorized a teenage girl for several years by threatening to expose her if she didn’t regularly send him pornographic videos of herself.

According to a statement released by the U.S. Attorney’s Office for the Northern District of Illinois on Wednesday, 28-year-old David Cottrell was indicted by a federal grand jury on October 17 on a bevy of charges related to his apparent extortion scheme.

In an 18-page motion for detention obtained by Law&Crime, prosecutors allege that Cottrell initially approached his victim on the internet when she was 13-years-old and requested semi-nude photographs.

The girl complied, she says, because she believed herself to be anonymous. Months later, Cottrell allegedly confronted the victim with “her real name, her address, what middle school she went to, the names of everyone in her family [and] her parents’ jobs” in a successful effort to extort ever more sexually explicit photographs of the girl he knew to be a minor.

After receiving those photographs, Cottrell allegedly threatened to post and distribute this increasingly large collection of incriminating material if the girl did not further comply. “Through the cell phone applications Kik and Snapchat, defendant terrorized Minor A on a near-daily basis until she was sixteen, when her parents discovered the crime in July 2017,” the motion notes.

One message, cited in the motion, allegedly from Cottrell to the girl, outlines how the defendant allegedly used fear to intimidate the middle school student into acquiescence.

The motion for detention continues:

Defendant made Minor A enter “agreements” entitling him to “use” her and obligating Minor A to “service” him, or else she would face “punishments” such as having to make even more humiliating and graphic videos. As defendant put it, “If I want you to fucking service me, and you do not, you will accept whatever punishment I decide and service me the very next fucking day if I so desire. NO FUCKING EXCUSES.” Defendant sometimes made Minor A stay up late at night making videos for him, sending her “scripts” and insisting that she perform to his satisfaction, leaving her exhausted the next school day.

Prosecutors also included several graphic messages allegedly sent by Cottrell to the minor which detailed the purported terms of the “agreements” in question. A footnote in the motion explains:

For one “agreement,” defendant, who had taken Contract Drafting in law school, told Minor A “I am the final arbiter on any ambiguities raised in the agreement.” This agreement entitled defendant to “use periods” of “your complete submission lasting generally 24-36 hours…” … Defendant instructed Minor A to “[a]ccept the deal by saying ‘Yes sir, I agree. I will be a good little slut for you and follow the rules.’”

The girl’s parents discovered the extortion plot on July 4, 2017. After that, Cottrell allegedly deleted a Snapchat account that he allegedly used to communicate with the girl. By September of that same year, however, Cottrell allegedly re-initiated contact and told the girl “that if she did not start cooperating again, he would start by sending her pictures and videos to ten of her friends, and then the next day to 25 friends, then to her principal, and then he would post it online, according to the motion.”

The girl refused to comply this time around. Instead, she simply stated that her parents were aware of what had occurred and that law enforcement was now involved. The motion provides the following coda to Cottrell’s alleged interactions with the victim:

Defendant first responded that he did not believe her, but then became uncharacteristically nice and told Minor A that he would leave her alone.

According to the Chicago Tribune, Cottrell previously attended NYU School of Law and has recently been attempting to finishing his degree at home in Niles, Illinois.

In a court filing, Cottrell’s attorney said, “There is no evidence in David’s case to show that he has photos of anyone on a cloud server or harbors a grudge against anyone, much less Minor A.”