‘I’d Never Hurt Any Child’: South Carolina Firefighter Convicted of Murdering Toddler One Day After Crying on the Stand, Gets Life Sentence 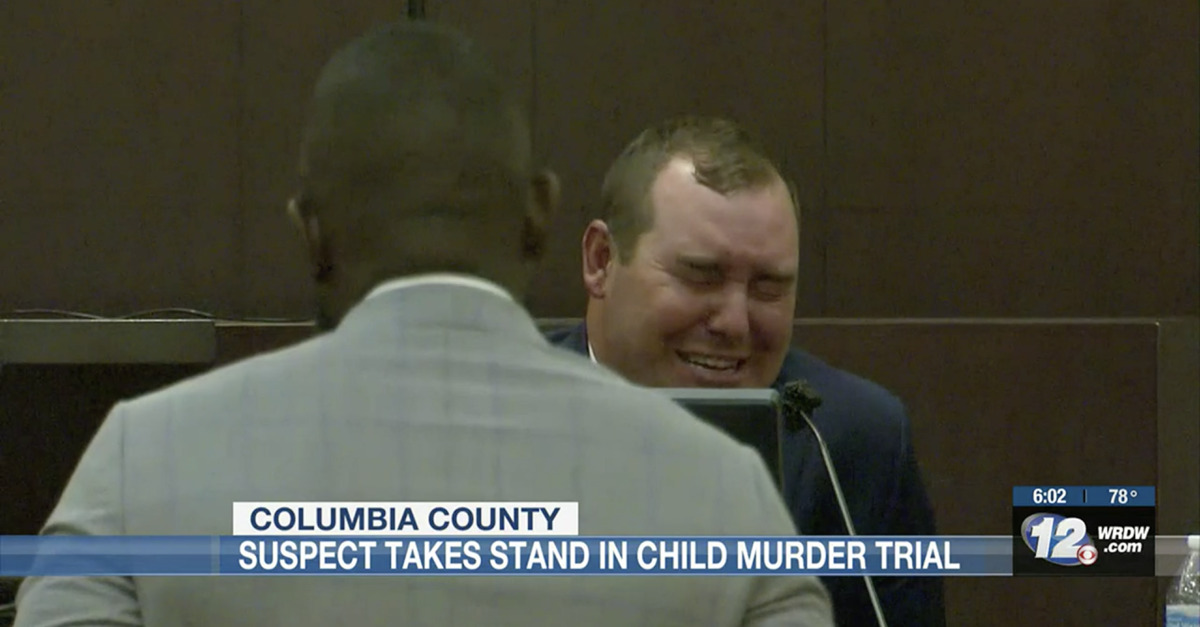 A South Carolina firefighter on trial for the murder of a toddler in 2019 took the stand in his own defense on Thursday. It didn’t matter much.

On Friday, Charles Sconyers was found guilty on all counts by Columbia County jurors and has been sentenced to life behind bars.

According to Augusta, Georgia-based NBC and CBS affiliates WRDW and WAGT, Sconyers became “emotional” at times during his testimony, particularly when asked by his defense attorney about his relationship with the boy.

“Ultimately, he became my son,” the defendant said.

“And you thought of him that way?” his attorney asked.

“I thought of him that way,” Sconyers replied.

Sconyers, an Augusta firefighter currently on administrative leave, gave roughly an hour’s worth of testimony.

“Did you…hurt Lincoln?” the attorney asked.

“No sir,” the defendant replied. “I would never…I’d never hurt any child.”

Aside from discussing their relationship and providing several direct denials of guilt, Sconyers provided his own account of May 1, 2019, the tragic day the boy died from an unknown injury.

“He came up, and he was tearing up a little bit,” the defendant said–starting the account from when he picked DaVitte up from daycare. “I figured he was just sad because he didn’t like to leave his friends a lot.”

Sconyers said the two then went home. He told jurors he opened the back door because they were going to go outside and play. First, however, he said he went to the bathroom to adjust his knee brace.

“He was right behind me standing there, and I said I’d be there in a minute, and I pushed the door shut, and he took off running. A few seconds later, I hear him running, and that’s when I heard the thump,” Sconyers said–adding that he heard a sort of scream. “I found him in the back laying on the back patio, and he was laying like this, and he turned his head just a little bit, and then he went out of it.”

The defendant said he then stabilized the boy’s head and called 911. Since he worked for the paramedics company that arrived, he was allowed to ride along. The prosecution previously called a witness who testified that she was not comfortable with Sconyers being there.

“He seemed to be very distraught and kept saying ‘if something happens to him, this is all my fault, please don’t let anything happen to him,’” Gold Cross paramedic Kristi Marsh told jurors. “That was repeated the whole way to the hospital. I got a feeling that he was not as concerned with patient care as he was the outcomes of the child.”

Sconyers told jurors he was, in fact, trying to help.

“How often do you think about this?” his defense attorney asked.

“Every day, every night, I relive it,” the defendant said. “I just wish there was something I could do. I did everything I could possibly do to help him.”

“Did you hurt Lincoln?” the attorney asked again.

“No sir,” the defendant answered again. “I would never. I would never hurt him or any child.”

“Are you telling the truth this afternoon?” the attorney finally asked.

The defense’s case-in-chief began after the prosecution spent the better part of three days examining nearly 20 witnesses. The defense’s first witness was a Columbia County school officer and friend of Sconyers who testified that the defendant was not violent, but rather laid back, helpful, and always happy to be around children.

“If I called him or need him for an emergency situation or if I need him to watch my stepdaughter, I could always pick up the phone and call him,” Michael Gray told jurors on Wednesday.

He was sentenced to life in prison immediately after being found guilty.

The two felony murder convictions won’t be punished because Sconyers was also convicted of malice murder. For that charge, he’ll spend life in prison with the possibility of parole. For the aggravated assault charge and the child cruelty charge, he was sentenced to 20 years in prison. The sentences will all run concurrently, WRDW/WAGT reports.