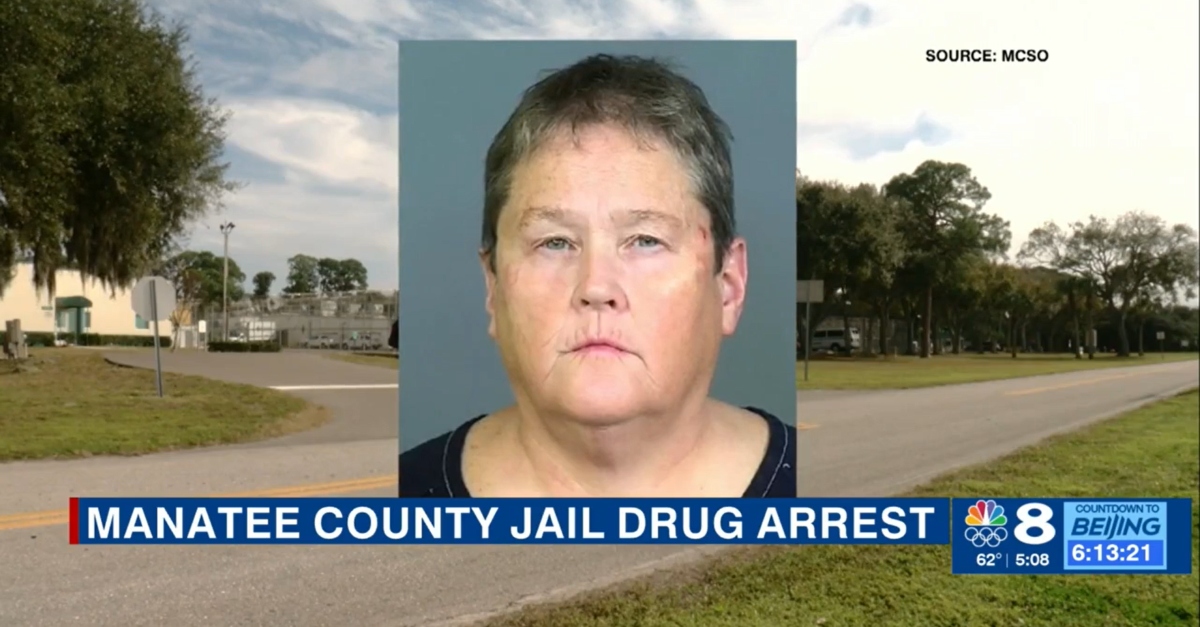 A jail cook used her position to help inmates smuggle drugs into the facility, according to deputies in Manatee County, Florida. Gretchen Rupprecht, 64, was arrested Friday morning on the way to work, Sheriff Rick Wilson told reporters from local outlets.  People at the facility knew her by her nickname “Granny.”

She met an outside source on behalf of inmate Corey Crews, 35, and she brought in the contraband, the sheriff said. Rupprecht got paid $25 each time she did this, doing this four times for a total of $100. And yet the alleged motive was not money.

According to Wilson, Rupprecht made friends with Crews.

“For some reason, she fell for him,” he said. “She wanted to help him. She thought that she was doing some good for him. Granny is now sitting in the jail eating the same food that she used to once prepare.”

Friendship is the lowkey theme of the allegations. Crews was friends outside jail with smuggling co-defendants Adrian Conde, 38, and Dalton Cook, 46, officials said.

Authorities said all this landed on their radar after they found an inmate intoxicated. They found a vape pen with THC in his cell, with other contraband including meth in eye drop containers, deputies said. The investigation took them straight to Rupprecht because inmates kept bringing her up as a smuggler, they said.

“Inmates would continue to tell the deputies that ‘Granny’ who worked in the kitchen was bringing this contraband into the facility,” Wilson said.

Now she’s behind bars with the inmates she used to serve, and Wilson said she disgraced both the agency, and the men and women who work at the sheriff’s office. Deputies said they arrested her while she was on the way to work Friday morning, and she confessed.

“That’s a heck of a price to pay to land in jail for a woman who is 64 years of age and has never been incarcerated before,” Wilson said. “That’s mind-blowing to me. But that was a choice she made.”

Charges are pending against the outside source, Wilson said.