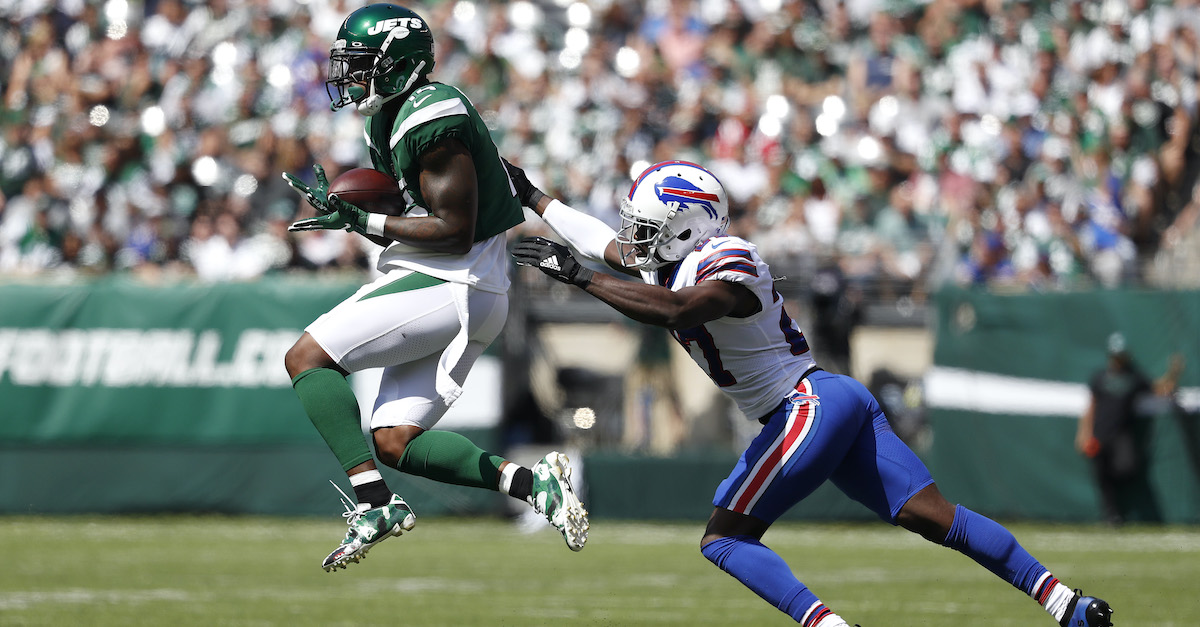 A former NFL wide receiver was sentenced on Friday for fraudulently getting more than $1.2 million through a COVID-19 relief business loan.

Florida man Joshua J. Bellamy, 32, who used to play with the New York Jets and Chicago Bears, used falsified documents and false information to get the loan for his company Drip Entertainment through the Paycheck Protection Program, according to the United States Department of Justice.

“Bellamy admitted to using the PPP loan proceeds on personal items, such as jewelry, and a stay at the Seminole Hard Rock Hotel and Casino,” authorities said. “Bellamy also sought PPP loans on behalf of his family members and close associates. Bellamy further admitted that he paid more than $311,000 to an alleged co-conspirator, James Stote, as a kickback for his assistance in preparing and submitting the fraudulent loan application.”

The Jets announced just days before the charges in 2020 that they released Bellamy, a special teams player.

He pleaded guilty on June 9 to conspiracy to commit wire fraud. He was sentenced on Friday to 37 months in prison, and is set to also serve three years of supervised release, and to pay $1,246,565 in restitution and $1,246,565 in forfeiture, matching the loan he got.

“Since the inception of the CARES Act, the Fraud Section has prosecuted over 150 defendants in more than 95 criminal cases and has seized over $75 million in cash proceeds derived from fraudulently obtained PPP funds, as well as numerous real estate properties and luxury items purchased with such proceeds,” the DOJ said.

Bellamy’s attorneys of record did not immediately respond to a Law&Crime request for comment.