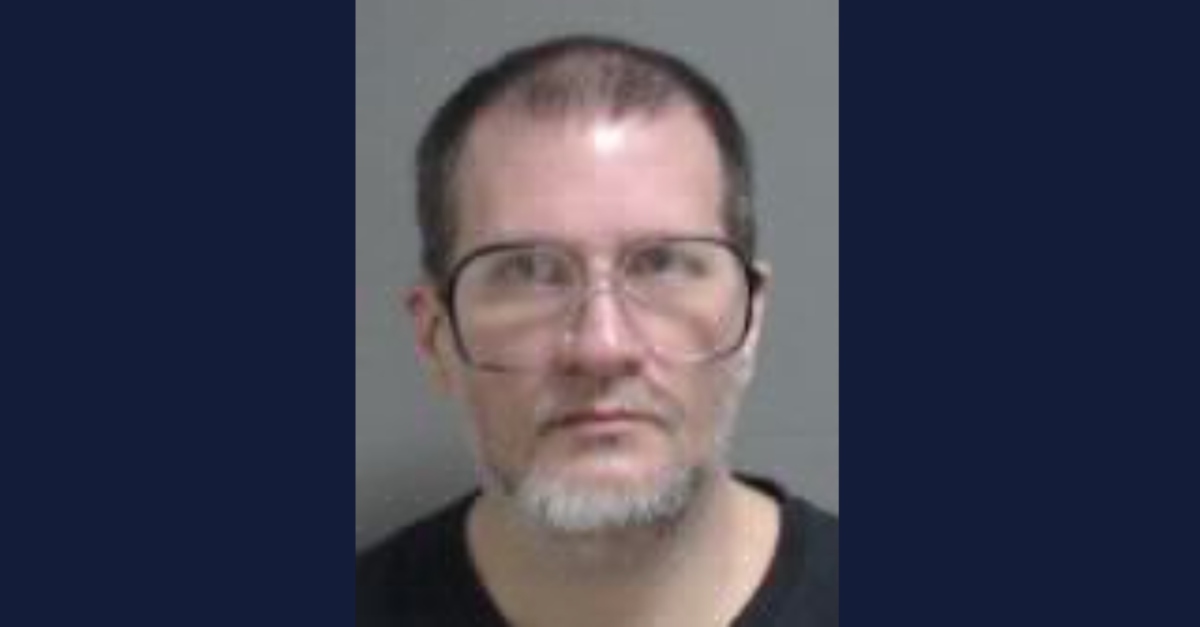 A convicted sex offender has been sentenced in a child pornography case to 50 years in prison after he directed a woman to sexually abuse a young boy.

Robert Dunn, 46, voiced remorse through an attorney, but prosecutors swatted that aside. The government, arguing that the defendant had only engaged in self-pity, said that the Dunn did not apologize to the children or their loved ones harmed in this case.

Co-defendant Tonya Bagley, 44, was previously sentenced to 20 years in prison.

Florida resident Dunn met her online when she had been living in Colorado, the United States Department of Justice said in a press statement.

“In November 2019, Robert Dunn and Tonya Bagley began chatting on social media and developed a consensual, online ‘master-slave’ relationship,” the DOJ said. “Bagley and Dunn, both in their early forties, agreed that Bagley would photograph herself performing oral sex on a young boy. Bagley, who was in Colorado, did so and sent the child sexual abuse images to Dunn in Lake Worth, Florida through a social media messenger application.”

Authorities said that Dunn landed on their radar in this case after the National Center for Missing and Exploited Children sent authorities a tip, leading to his home in Lake Worth, Florida. Investigators executed a search warrant on the residence on March 10, 2020, prosecutors wrote.

Dunn is a sex offender in Florida and had served six years in prison for a count each of traveling to meet a minor to commit an unlawful sexual offense, and lewd and lascivious battery sex with a victim 12 to 15 years old, records show. According to a federal sentencing memo, he had communicated with someone online, whom he believed to be the mother of a 14-year-old girl. Instead, the person was actually a Manatee County sheriff’s detective. Dunn traveled to a location to meet the “mother” and sexually abuse the child, but authorities arrested him.

In the new case, investigators said they found child pornography on his electronic devices and learned of his relationship with Bagley, who ended up getting arrested at her Colorado home. Dunn directed her to sexually abuse a young child, authorities said.

According to the federal complaint, Dunn admitted to investigators that he was in communication with a woman named Tonya through Facebook. Bagley told him she had kids, including a 6-year-old boy, the complaint stated. Dunn asked her to give him a picture of her performing oral sex on the child.

“He admitted that she sent three such images of child pornography that he viewed through Facebook Messenger,” the complaint said. “He then admitted that he had gone to Western Union in Palm Beach County and sent ‘Tonya’ money to help her move to Florida to live with him. He admitted that he understood that ‘Tonya’ would move to South Florida, with her children to follow.”

As part of this situation, Bagley agreed to devote herself to sexually gratifying Dunn in what the government described as a “master-slave” relationship.

“BAGLEY and DUNN messaged extensively about the two having a dominant, submissive relationship in which DUNN would be the master and BAGLEY the slave,” prosecutors wrote. “DUNN messaged Bagley that he wanted her to move to Florida to be his slave. He asked if she would bring both of her sons; BAGLEY responded in the affirmative.”

According to officials, Bagley and Dunn agreed it would be fine if they performed sex acts in front of her children, and that the kids, like Bagley, would live nude at the residence.

“DUNN messaged how the legal age of adulthood was not correct in his mind and that adulthood begins when a child reaches puberty, regardless of the age,” authorities wrote. “BAGLEY did not object to this preposition.”

Bagley pleaded guilty in federal court on Dec. 10, 2020 to conspiring to produce child pornography and transmitting information about a minor, prosecutors said.

Dunn pleaded guilty on Dec. 17 to conspiring to produce, producing, receiving, and possessing child pornography. He voiced remorse through his lawyer.

“At the start, it should be clear that Robert Dunn is fully aware of the severity of his criminal conduct and acknowledges that the offense to which he has entered his plea of guilty is of a very serious nature, and for this he is extremely remorseful,” attorney Edward J. O’Donnell said in the document dated April 8. “Further, Mr. Dunn realizes the impact his very poor decision to become involved in this criminal conduct will have upon his family and his future, and acknowledges and accepts that he is fully responsible for his criminal behavior and knows that he has nobody to blame but himself.”

O’Donnell sought 25 years in prison for his client.

For example, the defense lawyer cited Dunn’s “sincere cooperation” with authorities, and that his client spoke to them during the execution of the search warrant even though they told him he was not under arrest and could walk away.

Prosecutors, however, sought 95 years in prison, or “if the Court varies down in its discretion,” at least 60 years behind bars. In addition to the 2014 conviction for the Florida sex offender case, they highlighted Dunn serving three years of probation for injuring an infant relative in 2006. Dunn delivered what he described as “hard angry slaps” on the child’s rear-end while changing a diaper, prosecutors said.

Citing a Supreme Court case Gall v. United States, the defense used the phrase “human failings” to describe Dunn’s behavior. The prosecution threw the phrase back at them, basically saying Dunn was engaging in self-pity.

“He spends most of his filing on how things have affected him and what he has done,” prosecutors said. “In his motion, he expresses no remorse for: Minor Victim 1; for Minor Victim 1’s brother who had to endure and continues to endure his brother’s suffering created by their mother and Dunn; and for Minor Victim 1’s father, who will forever have to be a crutch to his children. His lack of remorse was evident from the communications and continues to this day. Dunn decided that it would be fun to have a sexual relationship with a woman and use her children has his sexual toys. Few things in this world could be more vile, more sinister, more egregious that sexually abusing a child, or directing the same. Dunn did not have to touch Minor Victim 1 to violate him, he instead used the child’s own mother. Likewise, he expresses no remorse or sympathy for the children whose images he possessed and sought out online. To that end, his ‘human failings’ are the most reprehensible of our society.”