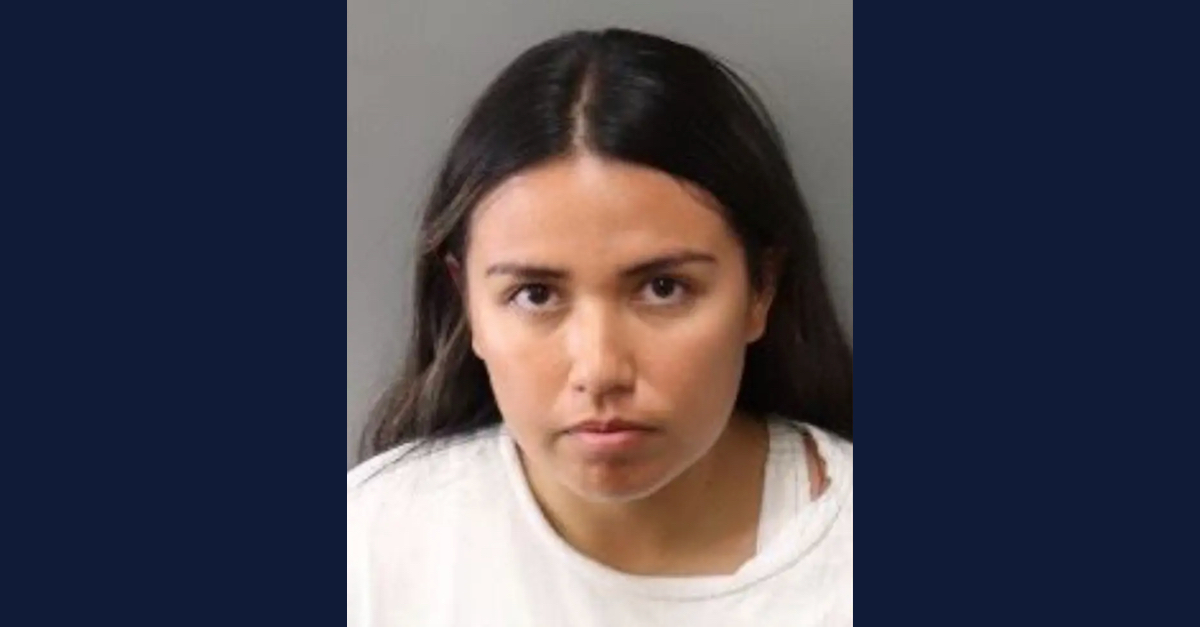 A teacher and water polo coach in southern California was arrested earlier this week for allegedly carrying on a sexual relationship with a student, according to the Riverside County Sheriff’s Department.

Quinonez works at Eleanor Roosevelt High School in Eastvale, Calif. While in a different county, the school is located just outside of Los Angeles. She has since been placed on administrative leave.

The school provided crisis counselors for staff and students on Wednesday, the outlet reported.

According to a press release from the RCSD, the teacher “committed lewd acts with one male student, and distributed harmful matter to that student which included explicit photos of a sexual nature.”

The name and age of the alleged victim are not being released.

Parents at the high school were also sent a letter this week from Principal Dr. Greg Anderson saying that authorities were notified as soon as the administration became aware of an alleged “inappropriate relationship,” according to the Los Angeles Times.

Those allegations led to law enforcement’s involvement and a subsequent investigation that allegedly turned up the evidence used to arrest her while she was on school grounds, authorities said.

The Times noted that Quinonez was arrested on Tuesday, April 12, 2022, and then released from custody the next day after posting $50,000 bail. During her brief stay in jail, she was held at the Robert Presley Detention Centre. While charged by police, however, prosecutors were reportedly unsure about taking up the charges.

The Riverside County district attorney’s office has not yet decided whether it will file charges in the case. Sheriff’s Sgt. Edward Soto said the investigation is ongoing.

Regardless of the prosecutor’s decision, Quinonez is scheduled to face the accusations before a judge. She is currently slated to appear in court at the Riverside Hall of Justice on June 14, 2022.

Earlier this month, another teacher in California was arrested for allegedly molesting seven students by engaging in “numerous” amounts of sexual activity with them, inappropriately touching them and sharing graphic photographs of the students online.

The defendant in that case, Anessa Paige Gower, 35, previously worked at Making Waves Academy in Richmond, Calif., a charter school. She was arrested by police and sheriff’s deputies after she returned from a vacation in Hawaii, the Contra Costa County District Attorney’s Office said in a statement.