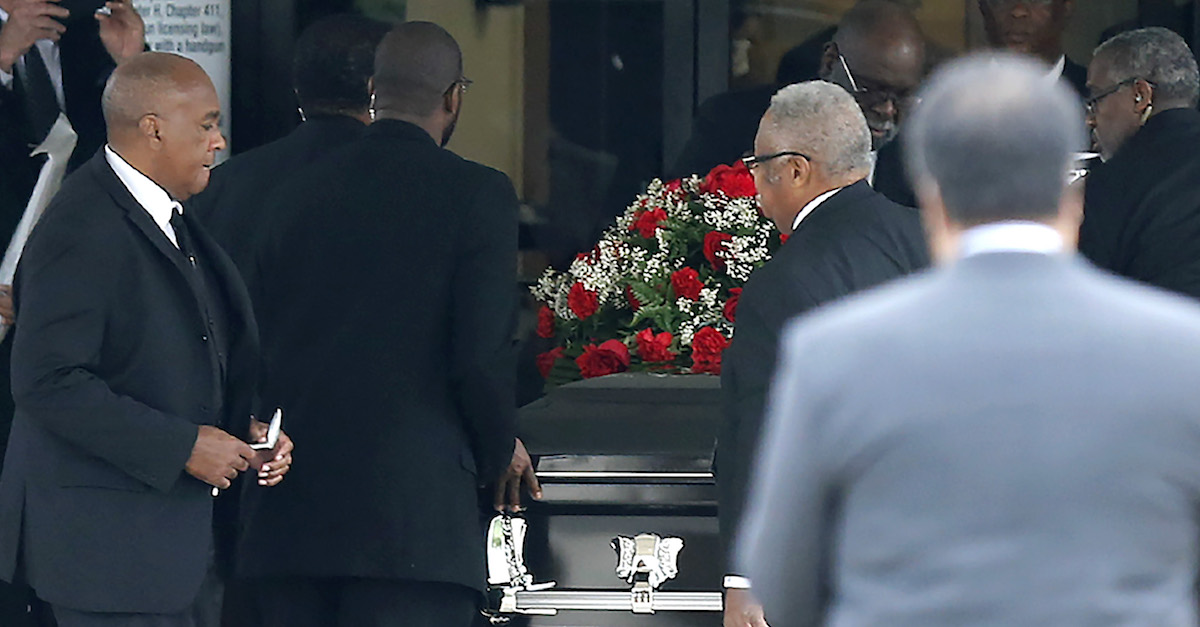 The lawyer for fired Dallas police officer Amber Guyger claims that his client’s termination from the force was not fair.

Guyger, who was arrested and charged with manslaughter after shooting and killing 26-year-old Botham Jean in his own apartment, was fired on Monday.

Her lawyer, Robert Rogers, said that the Dallas Police Department “bowed to pressure from anti-police groups and took action before all of the facts had been gathered and due process was afforded,” according to the Associated Press.

“That’s not the way our system of justice should work,” Rogers added.

Rogers did say the shooting was a “tragic mistake.”

“Words can never express our sorrow for the pain suffered by those who knew and loved [Jean],” he said, adding that Guyger is “completely devastated.”

Dallas Police Department Chief U. Renee Hall announced Monday that an internal affairs probe determined Guyger “engaged in adverse conduct when she was arrested for manslaughter.”

Police have said that on the night of Sept. 6, Guyger returned home to the South Side Flats Apartment Complex. She lived on the third floor, but mistook Jean’s fourth floor residence for hers, according to the arrest warrant affidavit obtained by the Dallas Morning News. Guyger claimed the door was ajar and she was able to open it. Inside, she entered a dark apartment, saw someone, and believed that person was a burglar.

Botham Jean was shot and killed.

“How can you make a mistake like that, getting into someone else’s apartment?” said 80-year-old Raquel, a resident who declined to give her last name, told the outlet. “Don’t they train police?”

Police arrested Guyger three days after the shooting. In the interim, an attorney for Jean’s family voiced concern that she was getting preferential treatment as a law enforcement officer.

“We not asking anyone to jump to any conclusions,” attorney Lee Merritt said in a press conference the day before Guyger’s arrest. “We’re not asking for law enforcement to convict this person, or deny them their right to due process, but we’re asking that they be treated as any other citizen–where there is evidence that they committed a crime–be treated, and that is for a warrant to be issued, and for an arrest be made.”

Guyger’s case is expected to go to a grand jury. She is currently out on bond.