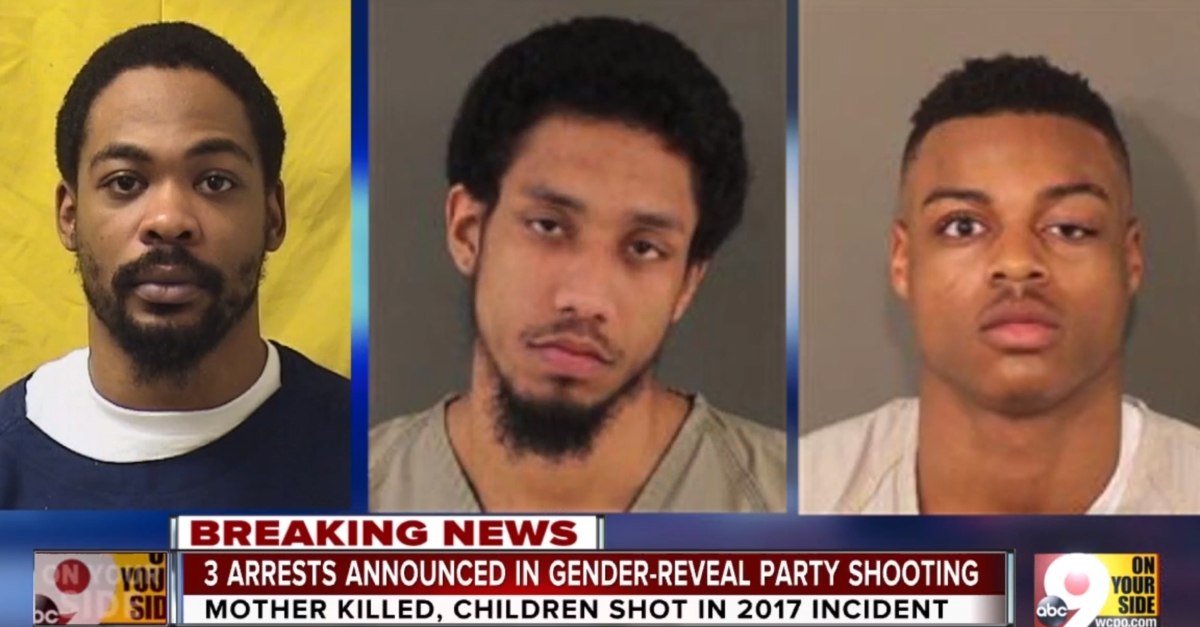 Cheyanne Willis, who claimed to be expecting a child, hosted the party. Garrett was Willis’ cousin. Police said that the pregnancy in question ended up being fake, even though Willis claimed to have lost her son when she was shot in the leg.

Police said the slow progress on solving the crime was due to “resistance” from victims.

“From the very beginning of this investigation, we met significant resistance that is uncommon from victims of crime wanting a resolution,” Colerain Township Police Chief Mark Denney said, according to the Enquirer.

Police said Garrett’s husband and two of their children were wounded.

Cops said two armed men entered the residence through a door and fired 14 shots in the living room.

Echols and Sanon was being held at a jail in Franklin County, Ohio. Bishop remains at Mansfield Correctional Institution on two counts of drug trafficking and a count of weapons under disability. Records do not indicate attorneys of record in this matter.

[Screengrab via WCPO; Mugshots via Mansfield Correctional Institution, and Franklin County Jail; from left to right: Bishop, Echol, and Sanon.]