16-Year-Old Accused of Murdering His Mother and Sister Captured After Escape from Jail: Police 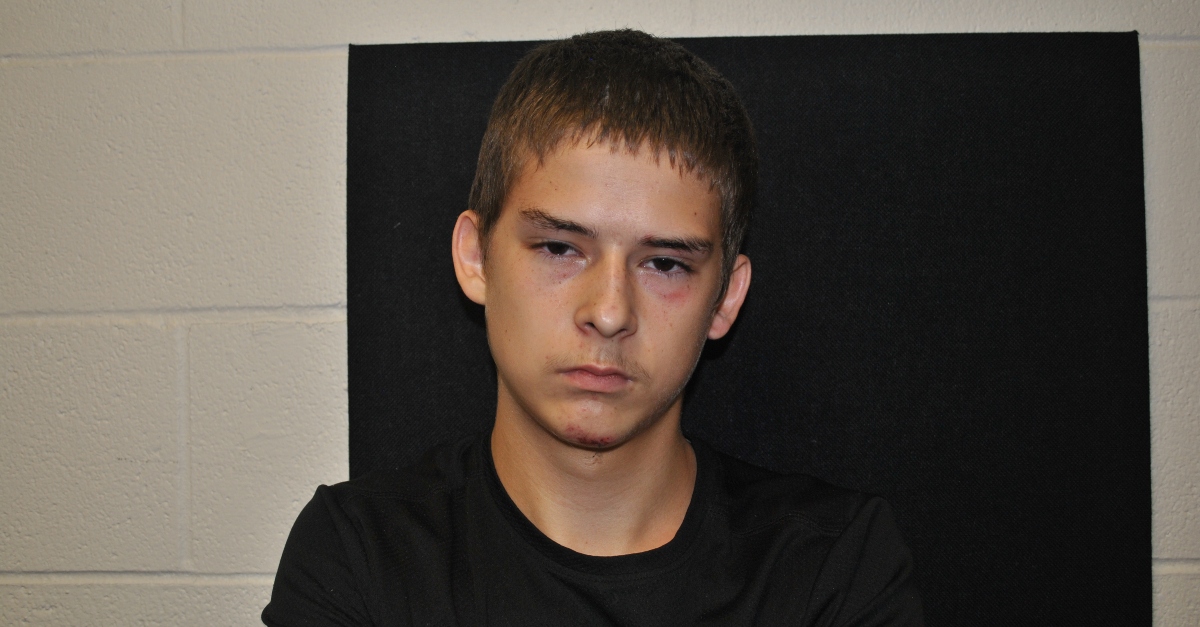 Update: Luke Craig was reportedly captured on Monday night and taken into state custody again without incident after a person at a Kroger in Woodford County called in a tip with the Versailles Police Department. The teen now faces additional charges for his escape.

A 16-year-old charged in the murders of his mother and sister has escaped from jail, according to state authorities in the Bluegrass State.

*ALERT – ESCAPED JUVENILE*
KSP Post 12 has been contacted by the Ky DJJ to investigate an escaped juvenile from the Fayette Regional Juvenile Detention Center. 16 YOA, Luke Craig, escaped 7/18 at approx. 3:45 pm. Public should not approach him – call KSP (800) 222-5555 or 911 pic.twitter.com/z5escFPXwn

From the Kentucky State Police:

Craig weighs approximately 130 lbs. and is 5’5” tall. He is wearing a green jumpsuit and black sneakers. The juvenile is considered dangerous and a threat to public safety. The public should not approach the juvenile. If the juvenile is located, please contact KSP immediately at (800) 222-5555 or call 911.

Craig faces two counts of murder-domestic violence for allegedly killing Noe and Goggin in Anderson County, according to The Lexington Herald-Leader.

“We just hope that … Luke would turn himself in and we can resolve this without any further incident,” KSP Sgt. Bernis Napier told the outlet.

Central Kentucky was the focus point of the search, but they alerted law enforcement agencies statewide.

Craig allegedly killed his mother and sister at a home in Lawrenceburg, Kentucky last September. He led law enforcement on a road chase touching Anderson, Franklin, Shelby, and Jefferson counties, state police said at the time, according to the outlet.