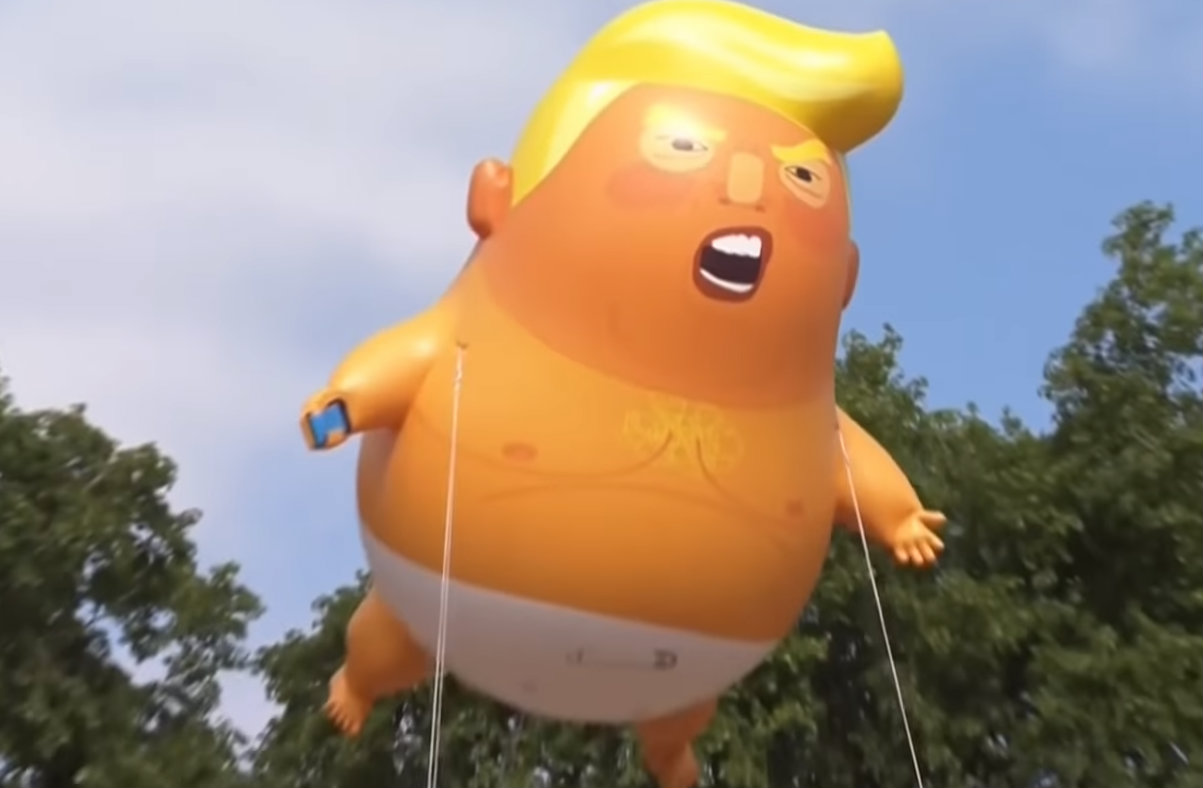 If a New Jersey woman has her way, the Trump Baby Balloon may not be long for this world. She wants to pop it if it comes to the United States, and she started raising money on GoFundMe to pay for bail in case she’s arrested.

“I’m tired of people disrespecting our President!” stated the page in the name of Kathie Kitt Conklin. She wrote that she plans on “taking out this ridiculous balloon.” The fundraising title is Operation: POP Trump Balloon.

American protesters plan on bringing a Trump baby balloon to Bedminster, New Jersey, where the president owns a golf course. He often plays there, and it is worth mentioning he may visit this weekend. In any case, he might soon be welcomed by a massive effigy of himself, wearing a diaper and holding a cell phone to access Twitter. Demonstrators started their own GoFundMe account last Friday to raise funds for the endeavor, and will use the design made by UK protesters. In an interview CNN, organizer Jim Girvan said they made more money than expected, and will buy three to bring to protests and events nationwide.

Conklin declined to discuss her fundraiser with The Ashbury Park Press.

“I don’t want to talk to the press,” she said in a phone conversation before hanging up. “They always twist things. Thanks.”

The fundraising didn’t last long. GoFundMe ended the campaign Thursday morning. It violated the terms of service, so donations were refunded, a spokesperson told the outlet in an email.

This didn’t last long either. A second GoFundMe popped up under Conklin’s name. The new title: Operation: President Trump RESPECT!

I plan on using the donated money as stated prior for bail.. now I am aware that high bails have been removed.. but Lawyer fees still are needed for any kind of negative response to my presence that may be needed. if by chance we blow this out beyond the Trump balloon arriving funds.. then that will go towards a giant PIN balloon, Security, and spread out among charities that needs our support like the homeless children in AMERICA.. NOT OTHER COUNTRIES!!!!!