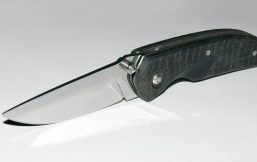 It started with an argument about politics. It ended with a man getting stabbed in the throat, police in Pasco, Washington say.

Sgt. Scott Warren told The Tri-City Herald that Raymond Williams, 29, and Alvaro Campos-Hernandez, 40, were at a bar talking politics on Wednesday night. Witnesses claimed that Williams, who was described as highly intoxicated, supported President-elect Donald Trump’s policies while Campos-Hernandez decidedly did not. They separated, and that seemed to be the end of it—until Williams alleged called Campos-Hernandez an unspecified racial slur.

“Campos went back and grabbed Williams and was yelling, ‘Say it again’ repeatedly,” Warren said.

“It could have been a homicide” he said. “The victim was extremely lucky.”

Online records show that Campos-Hernandez was booked Thursday at the Franklin County Jail on a charge of first-degree assault. That felony can get offenders a life sentence, and possible $50,000 fine.