Trump Promised A Dead Soldier’s Family A Check For $25K. He Apparently Hasn’t Given Them a Cent Yet. 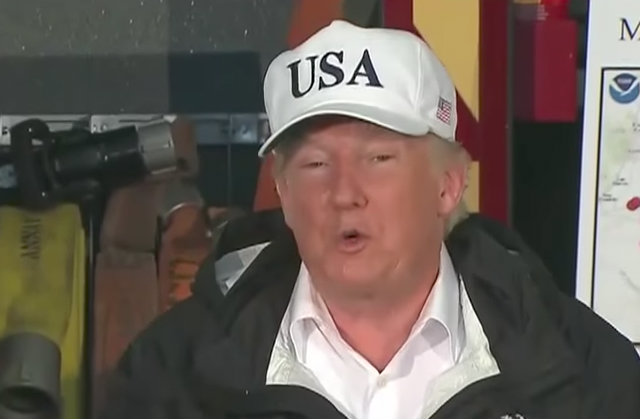 As the furor over which president did or did not call any given soldier’s family after sending them to die during announced and unannounced military engagements in countries most Americans have never heard of continues, President Donald Trump is accused of boorish behavior in the extreme.

According to a story published this afternoon by the Washington Post, Trump apparently offered the father of a fallen soldier a check for $25,000 and then never followed through.

Trump said he would direct his staff to set up an online fundraiser for the father as well–but that never happened either.

The Washington Post‘s source for this shocking claim is the grieving father himself.

On June 10, 22-year-old Army Cpl. Dillon Baldridge was gunned down along with two other soldiers by an Afghan police officer in what was considered to be an inside job-style attack. A few weeks later, Trump called the corporal’s father, Chris Baldridge, and the two spoke for roughly 15 minutes.

Most of the conversation was apparently confined to the way in which the soldiers died. Chris Baldridge said, in an interview with the Washington Post, “I said, ‘Me and my wife would rather our son died in trench warfare,’ I feel like he got murdered over there.”

The conservation then shifted to Baldridge’s complaints about the military’s survivor benefits policy. Apparently, Baldridge’s ex-wife would be receiving the $100,000 death gratuity provided by the Pentagon because she was listed as the beneficiary. Baldridge then explained that he was in dire financial straits. That’s when Trump apparently made the $25,000 offer. Baldridge said:

He said, ‘I’m going to write you a check out of my personal account for $25,000,’ and I was just floored. I could not believe he was saying that, and I wish I had it recorded because the man did say this. He said, ‘No other president has ever done something like this,’ but he said, ‘I’m going to do it.’

That conversation would have taken place sometime during the summer. But as of yet, Chris Baldridge has only received a condolence letter. He expressed his dismay, “I opened it up and read it, and I was hoping to see a check in there, to be honest. I know it was kind of far-fetched thinking. But I was like, ‘Damn, no check.’ Just a letter saying ‘I’m sorry.’ ”

In a statement released this afternoon, the White House said:

The check has been sent. It’s disgusting that the media is taking something that should be recognized as a generous and sincere gesture, made privately by the President, and using it to advance the media’s biased agenda.