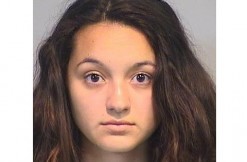 A University of Alabama theater student is being held on $1.581 million bond after Tuscaloosa police arrested her for drug trafficking.

The West Alabama Narcotics Task Force said they raided the home of Ashely Rose Newman, 21, according to AL.com. They allegedly turned up a small pharmacy, so to speak: quantities of ecstasy, amphetamines, cocaine HCL, marijuana, and 23.3 grams of Fentanyl, a Schedule II controlled opioid. According to the National Institute on Drug Abuse, this last drug is “50 to 100 times more potent” than morphine.

The authorities don’t claim that Newman’s drugs hurt or killed anybody, so she only faces up to 20 years in prison since this is a first offense. She is being held in Tuscaloosa County Jail on seven counts, including possession of drug paraphernalia.
–