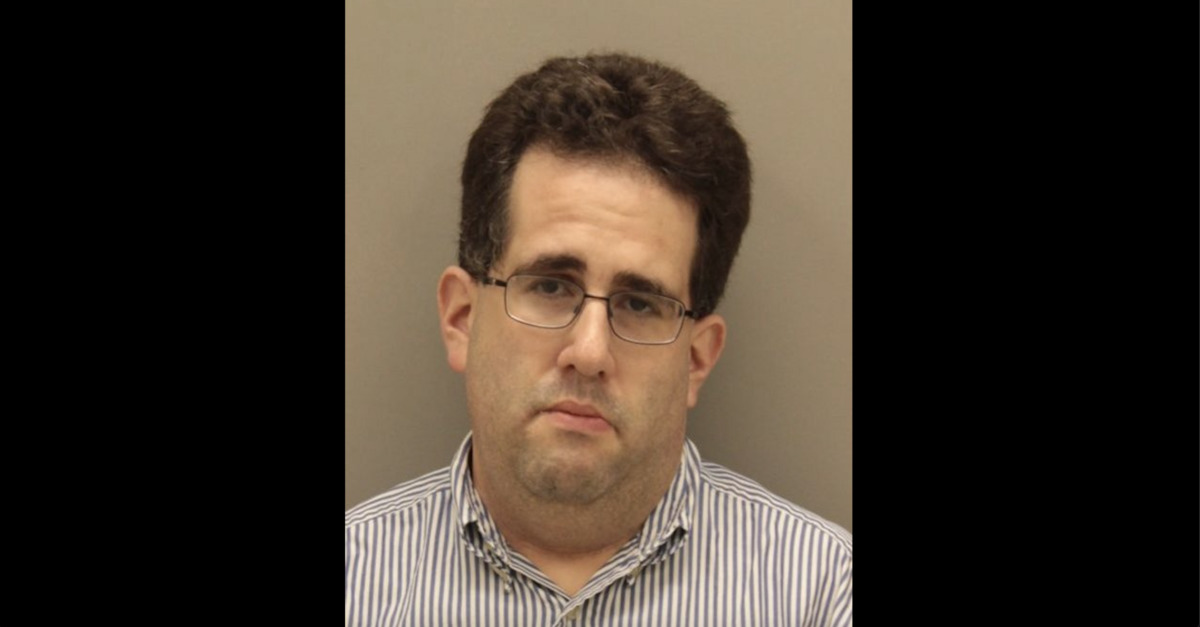 According to The Cincinnati Enquirer, officers with the Fairfield Police Department received a complaint at around 10:30 on Tuesday morning about the alleged incident involving substitute teacher Tracey Abraham.

A statement from the Fairfield City School District notes that multiple students reported “suspicious behavior by the substitute that was taking place behind” the teacher’s desk. Video of the alleged incident was also apparently captured by a student in Abraham’s classroom and the student’s video was later shown to law enforcement.

After the alleged incident was reported by students, administrators at Creekside Middle School contacted the school’s resource officer who then removed Abraham from the classroom and the school building.

“Once the administration at Creekside Middle School was made aware of this behavior, the school resource officer immediately removed the substitute teacher from the classroom and building,” said the statement posted to Facebook and later attributed to school spokeswoman Gina Gentry-Fletcher. “At this time, the school district is not aware of the substitute teacher having physical contact with any of our students. In addition, we are not aware of any students being exposed to any nudity.”

“We want to assure you that this individual will not be returning to our schools,” the statement continued, “The school district will be reporting this incident to the Ohio Department of Education. Providing a safe, secure and positive learning environment for our students and staff has always been and will continue to be our most important priority.”

The substitute teacher was later arrested and charged with public indecency, a first degree misdemeanor.

Abraham’s father, Rick Abraham, spoke with The Enquirer and said that this incident was probably a misunderstanding.

“[He’s] “never had an issue like this in his life,” the elder Abraham said. “I don’t think what they saw is what really was happening,”

According to a copy of a police report obtained by the Journal-News, Abraham masturbated “while sitting behind the teacher’s desk at the front of the room and looking at his cell phone. The classroom was full of middle school students at the time.”

During an interview with police, Abraham allegedly admitted to looking at explicit photos on his cell phone and to “fondling himself” on the outside of his pants but insists that he never exposed himself. Per the police report, Abraham said that he “fondled himself four or five times over the course of an hour.”

The allegedly masturbatory incident does appear to be an anomaly of sorts for Abraham.

Chris Brown is the superintendent of the Butler County Educational Services Center, which the Journal-News notes is “the organization that handles the hiring and scheduling of substitute teachers in Butler County school systems.” Brown told the outlet that Abraham passed several background checks when he was hired in 2012.

“He also went through a background check in 2017 and there has been nothing in his background,” Brown said.

Additionally, other school districts in which Abraham previously worked were unable to locate any complaints against him.

Abraham’s next court appearance is scheduled for January 15. In the interim he’s been ordered to stay away from any locations where children under the age of 18 are present.

If convicted, Abraham faces up to six months in jail.