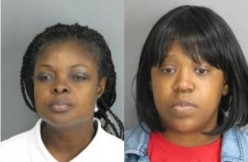 Two preschool employees in Alexandria, Virginia allegedly hurt a 4-year-old girl. Teacher Lisa Campbell, 38, and teacher’s aide Cherie Evette Diggs, 40, have been charged with misdemeanor assault and battery, according to an official statement.

Fairfax County police and Child Protective Services started looking into it after the victim’s mother told cops that she’d found bruises on her daughter’s arms. The kid was allegedly attacked on April 21.

Police issued arrest warrants, but Diggs turned herself in on Tuesday, and Campbell on Wednesday. Their employers at James L. & Juliette McNeil Preschool Academy told cops they’ve been fired.