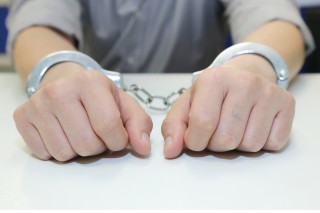 Police in Winton, California found two 17-year-olds passed out in a car outside a construction site, Friday night. Officials say they were asleep in the car, which was full of marijuana smoke, as well as copper wiring and other materials from the site, Reuters reported.

Undersheriff for the Merced County Sheriff’s Department Jason Goins said, “There was a strong odor of marijuana coming from the vehicle,” and an officer had to wake them up. “We’ve run across it before – people who are intoxicated or high on drugs passed out at the scene,” Goins said. “It’s not common but it does happen.”

Goins also said that the two suspects had a stolen, loaded gun in the vehicle, and that they were known gang members. They were arrested based on allegations of participating in a criminal street gang, as well as possession of stolen property and a loaded firearm. They were released into their parents’ custody.