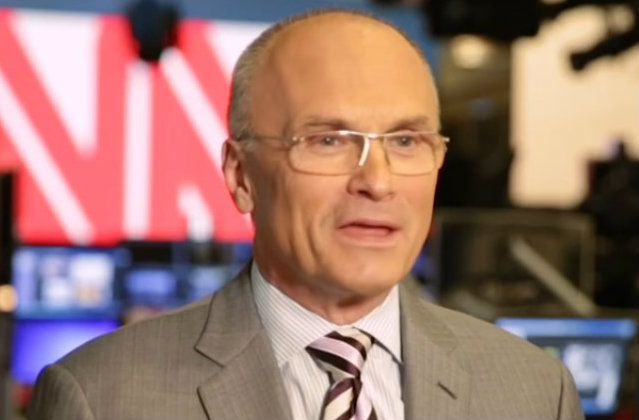 Trump’s nominee for labor secretary is scheduled for a Thursday confirmation hearing, but his job’s already in danger before it has had a chance to begin, says a CNN report. GOP sources told the outlet that four Republican senators are withholding support from Andrew Puzder, a chief executive of Hardee’s parent company.

Those people spoke on condition of anonymity, but they are reportedly involved in efforts by Senate Majority Leader Mitch McConnell (R-Kentucky) to convince those dissenters to support the nominee. Those dissenters: Senators Susan Collins (R-Maine), Lisa Murkowski (R-Alaska), Tim Scott (R-South Carolina), and Johnny Isakson (R-Georgia). Apparently, those lawmakers are put off by Puzder’s recent controversies.  The would-be secretary admitted on Feb. 6 that he hired an undocumented immigrant to be his housekeeper.

“My wife and I employed a housekeeper for a few years, during which I was unaware that she was not legally permitted to work in the U.S.,” he said in a statement. “When I learned of her status, we immediately ended her employment and offered her assistance in getting legal status.”

His confirmation hearing kept getting delayed because he had to prepare to divest himself from his business holdings, and he turned in his federal disclosure and ethics forms on Wednesday.

He only needs 50 votes if it ever came to a vote since Vice President Mike Pence would (barring a crazy twist) break a tie in any Trump nominee’s favor. The GOP only has a 52 majority in the Senate, however, so if that CNN report holds out, they need two dissenters to bring back their support.

This is likely to be another party-line vote: In any case, Senator Elizabeth Warren is definitely not voting for him.

“My staff’s review of your 16-year tenure as CEO of CKE Restaurants, Inc., the parent company of Hardee’s and Carl’s Jr., reveals that you’ve made your fortune by squeezing the very workers you’d be charged with protecting as Labor Secretary out of wages and benefits,” she claimed in a Monday open letter.