John Dillinger to Be Dug Up for Unknown Reason | Law & Crime 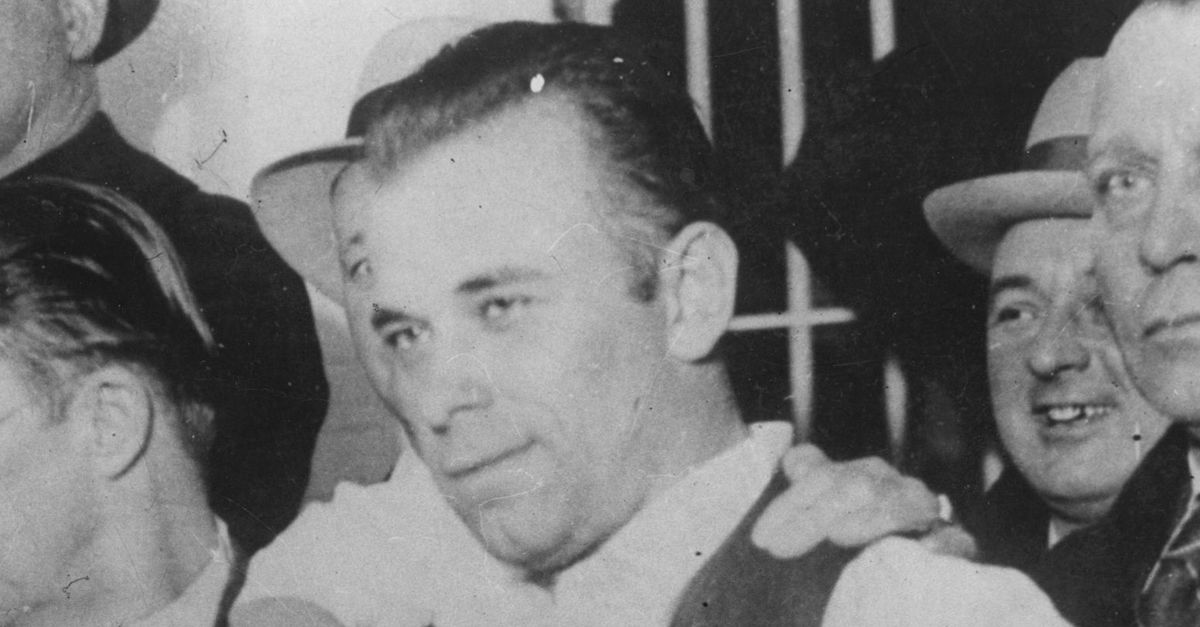 The remains of infamous 1930s gangster John Dillinger are set to be exhumed 85 years after he was gunned down by FBI agents in Chicago.

On July 3, the Indiana State Department of Health approved a permit, sought by Dillinger’s nephew Michael C. Thompson, to exhume the body from its resting place in Crown Hill Cemetery. Dillinger’s body was originally covered by two and a half tons of concrete by his family, as they were afraid that someone might steal his corpse. This is expected to complicate the digging process a bit.

According to the FBI, Dillinger, an Indiana native, and his gang killed 10 people while robbing banks, but Dillinger was never convicted of murder.

Dillinger was convicted of assault and battery with intent to rob in 1924 and spent 9 years in prison, before starting his gang and was quoted as saying “I will be the meanest bastard you ever saw when I get out of here,” upon his admittance to Indiana State Prison.

When he eventually left prison, he made friends with a group of criminals and started his own gang, robbing his first bank in June 1933. He and his gang went on to rob a dozen banks over the course of the next year before he was gunned down in July of 1934.

Dillinger’s rise to infamy, however, was fueled by his relationship with media and love of the limelight. Eventually, Dillinger was imprisoned on January 25, 1934 for a bank robbery in East Chicago during which a police officer was killed.

Dillinger escaped prison a few months later using a gun carved out of wood in 1934 while awaiting trial and stole a sheriff’s car, violating the National Motor Vehicle Theft Act (a federal offense). At this point, the FBI became active in the nationwide search for Dillinger in his case and began searching for him.

On July 21, 1934, a Romanian prostitute named Ana Cumpanas gave FBI agents information regarding Dillinger’s whereabouts in order to prevent herself from being deported. The next day, Dillinger was shot in the back outside of a Chicago movie theater while attempting to flee a group of federal agents.

As of now, there’s no clear or known reason as to why the body is being dug up, but according to Health Department spokeswoman Jeni O’Malley the remains are expected to be exhumed and buried again on September 16.

Crown Hill Cemetery spokeswoman Crystal King also has no information regarding the plans to exhume Dillinger, whose grave has become a popular tourist attraction.