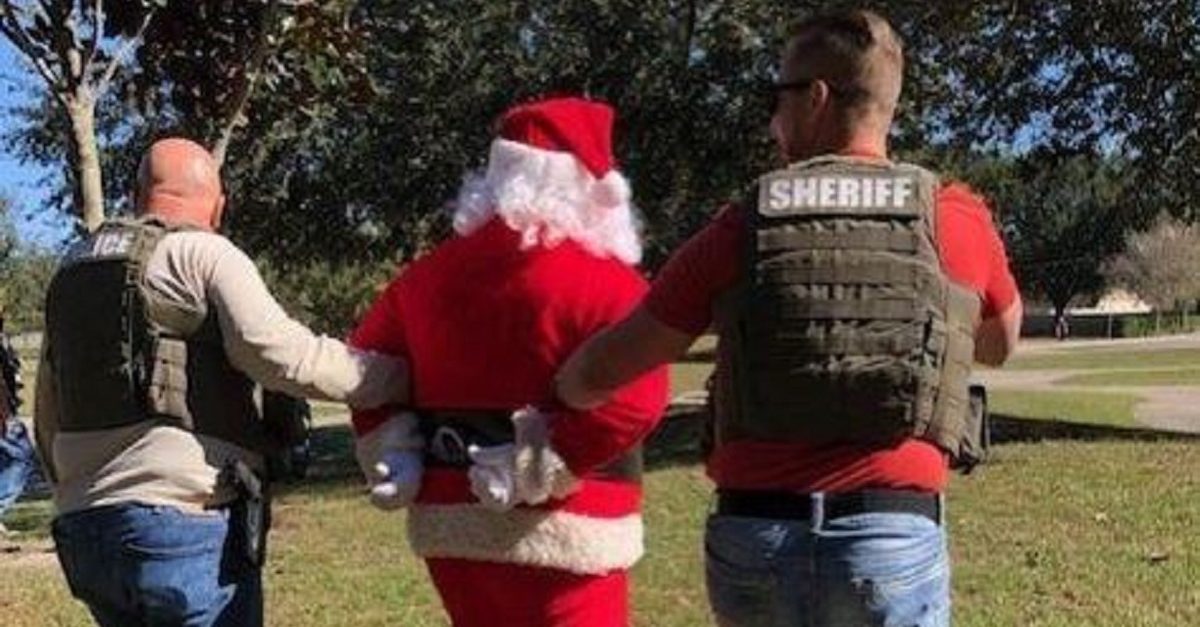 Santa Claus was arrested in a Florida park on Tuesday. Well, it turns out it wasn’t really Santa, but registered sex offender Robert Bruce Kendel. Kendel, who had been convicted of having sex with a young child in 1993, apparently posted a Craigslist ad for his services as St. Nick (or rather, “Santa Bob”), only for an undercover deputy to answer, according to the Orange County Sheriff’s Office.

The deputy offered $80 for Kendel to play Santa Claus at an office party, but when Kendel showed up at the designated location, he was arrested, the Orlando Sentinel reported. He was in full costume at the time, ready for what he thought was a picnic at Rose Place Park according to the Sheriff’s Office.

Deputies made sure to clear any children from the area before they placed Santa Claus in handcuffs.

The problem wasn’t that Kendel was working as a Santa Claus, but that he failed to report his employment as part of the terms of his sex offender registration. Kendel allegedly said that he didn’t know he had to report it, and had been taking bookings for private events since 2009.

If he had reported it, the job would’t have posed a legal problem, even if people would prefer he found a different gig.

“We, the sexual offenders squad, don’t want him to have this kind of job, but there’s really not much we can do about it,” Sgt. Rich Mankewich told WFTV.

Kendel was placed in the Orange County Jail on $2,000 bond. Jail records reviewed by Law&Crime show that he was still in custody as of Thursday afternoon.