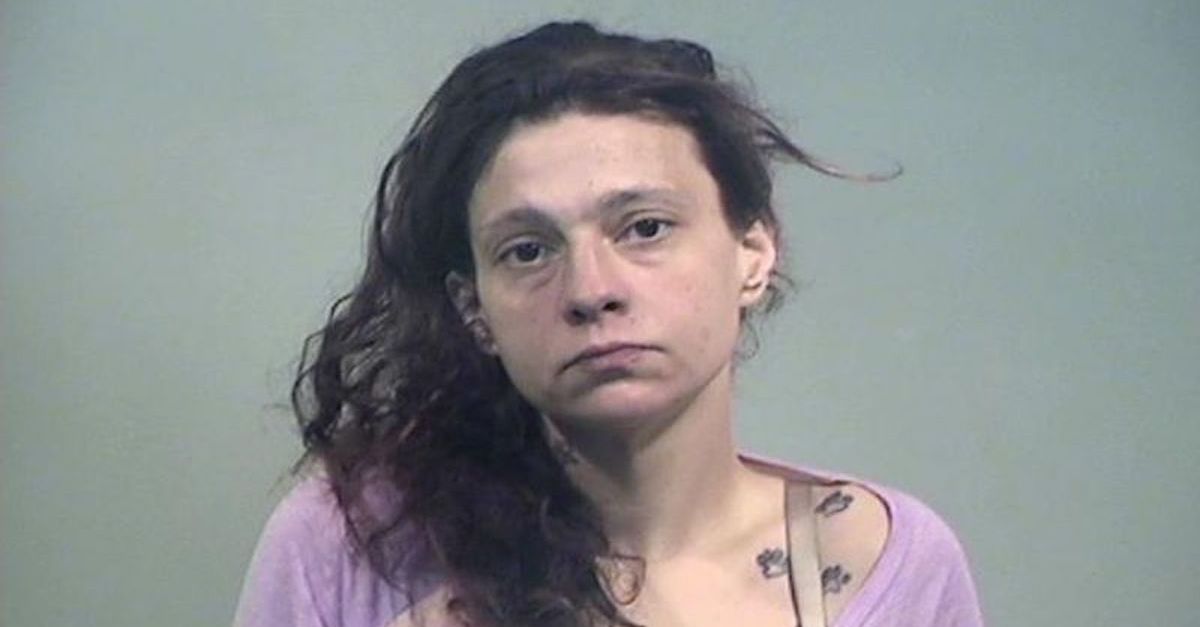 In a legal knot of canine proportions, a woman currently on probation for bestiality was charged with bank robbery on Monday in Ohio.

According to local NBC affiliate WFMJ, 35-year-old Amber Finney was indicted by Trumbull County Grand Jury after allegedly knocking over a Chase Bank back in February.

Police say employees at the bank identified Finney as then woman who walked in and handed one of the tellers a note. That teller allegedly told police Finney was carrying a large purse, was wearing a hood to obscure her face and said “she did not want to hurt her.”

The teller told authorities she explained to Finney that she could only dispense $1,000 at any given time. Finney apparently accepted the relatively small amount and then left the bank to meet a man standing in the parking lot, according to the employee witnesses.

Unfortunately for Finney, however, the snow had freshly fallen and a series of footprints allegedly led police from the bank, through a series of backstreets and directly to the home where Finney was staying at the time. She was later arrested without incident.

WFMJ also notes that one 30-year-old Richard Williams was arrested and charged in connection with the alleged robbery. Additionally, an unnamed 15-year-old boy reportedly faces charges as well.

Here’s some information about Finney’s recently alleged sexual history with a dog.

In early 2017, Finney was arrested and charged with one count of bestiality after a viral video from New Year’s Day of that year appeared to show her performing sexual acts on a dog.

Finney initially denied the charges, but eventually pleaded no contest and received a suspended sentence plus five years of probation for violating a recently-enacted city ordinance which makes it a first degree misdemeanor to engage in sex with animals.

During her original interview with detectives, Finney claimed the video had been doctored to make it look like she was having sex with the dog. Police disagreed.

According to the complaint, Finney “[d]id knowingly engage in sexual conduct with an animal, or knowingly possess, sell or purchase and animal with the intent that it be subjected to sexual conduct.”

The city passed the ordinance in response to an uproar after 61-year-old Salvador Rendon was charged with animal cruelty–and given a 30-day sentence–for allegedly having sex with two dogs in absence of any specific law against bestiality on the books in the town.

Aside from jail time, the ordinance mandates counseling and contains a provision which could prohibit an offender from owning animals in the future. It’s unclear whether Finney currently owns any pets.