New Bill to Give Confederate Military Leader Robert E. Lee His Own Holiday 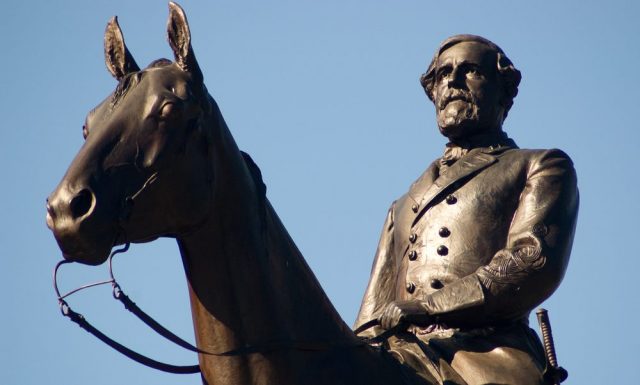 A new bill, if signed, will establish a new holiday in the State of Arkansas to honor Confederate military leader Robert E. Lee. The bill, SB519, would recognize the commander of forces who fought against the Union in the Civil War on the second Saturday in October. Lee died on October 12, 1870.

While the establishment of a holiday for Robert E. Lee may be shocking to Northerners, the reasoning behind it may be surprising. See, Arkansas currently celebrates Lee on the same day as Martin Luther King Jr. The new bill aims to recognize Dr. King on his own holiday, without Lee sharing it. The bill calls for public schools to develop educational material focusing on African-American history, civil rights leaders, and Dr. King’s “pursuit of justice in civil society.”

Robert E. Lee Day has had a holiday named after him in Arkansas since 1947. Martin Luther King Day became a federal holiday in 1983. In 1985, state lawmakers decided to combine the two, when Bill Clinton was Governor. Lee was born on January 19, 1807, which is just four days after Dr. King’s birthday.

Governor Asa Hutchinson plans to sign the bill at a ceremony on Tuesday, according to KUAR radio. Hutchinson said in a statement:

The support for a separate holiday to recognize Martin Luther King far exceeded my expectations and speaks well of the General Assembly and our state.  This bill was one of my priorities, and I was honored to testify for it in both Chambers.

Alabama and Mississippi also celebrate both men on the same day.

[Image via via Zack Frank/Shutterstock]