Mayor ‘Will NOT’ Accept Invitation Written in ‘Spanish/Mexican’ 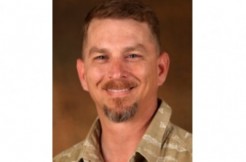 The mayor of Huachuca City, Arizona wants nothing to do with bilingual invitations.

“I will NOT attend a function that is sent to me in Spanish/Mexican,” Ken Taylor wrote in an email to former El Paso Mayor John Cook, according to The El Paso Times. “One nation means one language and I am insulted by the division caused by language.”

What got him so mad as to write in all capital letters? It was an invite to a summit for U.S. and Mexican mayors working along the border.

Cook, the executive director of the U.S.-Mexico Border Mayors Association, sent this English language message for an event in Laredo, Texas:

The excitement is building and we are ready for a great meeting of the Border Mayors Association in Laredo. We hope to see you there at 9 a.m. on August 24th at the Laredo Country Club. The draft agenda and a list of hotels is attached to this email.

He also included a Spanish-language translation because, as it happens, some of the recipients were mayors from Mexico.

Cook agreed to take Taylor off the summit’s email list.

“The purpose of the Border Mayors Association is to speak with one voice in Washington, D.C., and Mexico City about issues that impact our communities, not to speak in one language,” he wrote. “My humble apologies if I ruffled your feathers.”

But Taylor simply would NOT stand for such bilingualism. From his second email.

America is going ‘Down Hill’ fast because we spend more time catering to others that are concerned with their own self interests. It is far past time to remember that we should be ‘America First’ … there is NOTHING wrong with that. My feathers are ruffled anytime I see anything American putting other countries First. If I was receiving correspondence from Mexican interests, I would expect to see them listed First. Likewise, when I see things produced from America, I EXPECT to see America First.