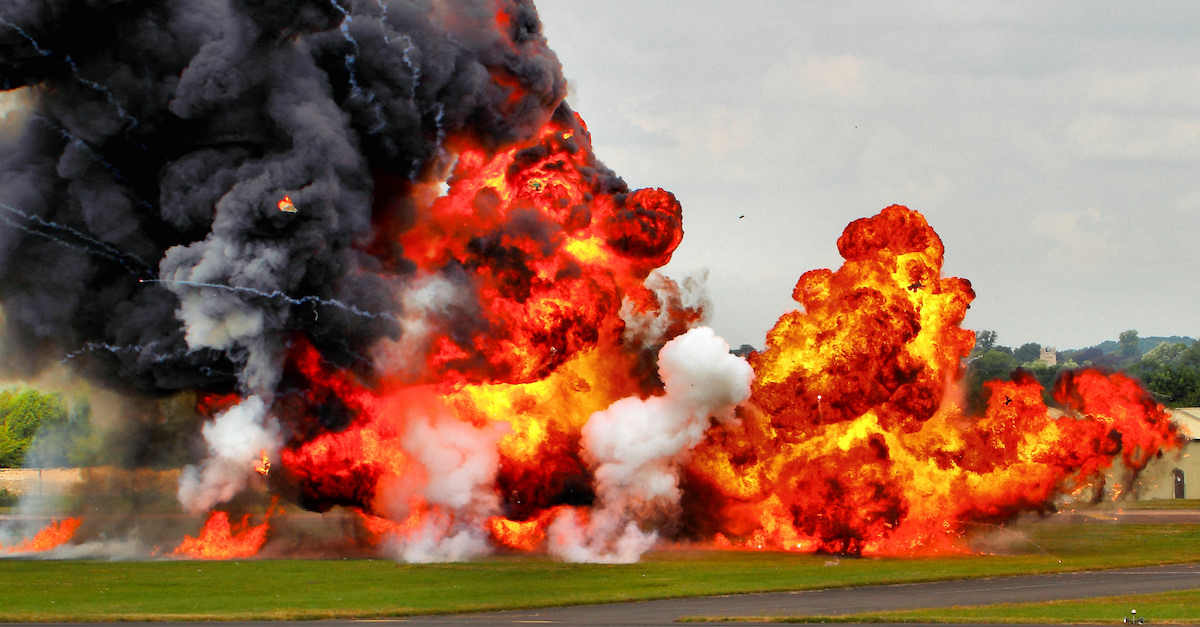 An unidentified 32-year-old Wisconsin man who intended to record upskirt videos of women with a hidden shoe camera was foiled before his creepy plot ever got off the ground. Thanks to a battery in this shoe camera exploding as this guy tested out his creep-kit at home, that never happened.

The Wisconsin State Journal reported that bizarre incident that first came to light on Tuesday. The 32-year-old man in question, at the request of a religious adviser, turned himself in at the Madison Police’s West district station. It was there that he admitted what he planned, the ridiculous way he was foiled by injury and why he was turning himself in.

Officers at the West Police District station were contacted by a subject (32-year-old HM) who wanted to turn himself in to police. The subject reported he had purchased a shoe camera that he intended to use to take “upskirt” videos of females, but the camera battery had exploded prior to obtaining any video, injuring the subject’s foot. The subject was counseled on his actions and released from the scene as no illicit video had been taken. Investigation continuing.

As police said, the unnamed man was not charged with a crime because he was not able to record “illicit video.” In fact, when the battery in that shoe camera exploded the man had to be treated for minor burns.

The Wisconsin State Journal noted, however, that there is a law on the books which says that even the “knowing installation” of such a camera for such a nefarious purpose could result in a felony charge:

Whoever knowingly installs or uses any device, instrument, mechanism, or contrivance to intentionally view, broadcast, or record under the outer clothing of an individual that individual’s genitals, pubic area, breast, or buttocks, including genitals, pubic area, breasts, or buttocks that are covered by undergarments, or to intentionally view, broadcast, or record a body part of an individual that is not otherwise visible, without that individual’s consent, is guilty of a Class I felony.

According to the facts, he did knowingly install the device for the purpose of illegally recording underneath women’s skirts.

Officer David Dexheimer explained that the man then told “his mentor, a clergyman” what happened and the cleric recommended that he turned himself in to authorities.