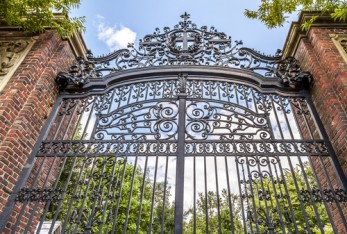 Apparently, there is a Harvard law student that felt it was appropriate to ask Tzipi Livni, a former Israeli Foreign Minister and current Israeli Knesset Member, why she smelled so bad during event on campus.   The student was reportedly widely criticized for asking such a stupid question and being rude to an invited guest.  But, as I am sure comes as no surprise, this law student also has his own supporters and they are now coming to his defense.

First, let’s take take a look at what this law student, who Above the Law only refers to as “Rudy the Jackhole,” actually said to Ms. Livni:

How is it that you are so smelly? Oh, it’s a question about the odor of Ms. Tzipi Livni, very smelly, and I was just wondering.

According to Above the Law, much of the criticism of Rudy the Jackhole focused on the fact that what he did was just plain rude.  However, many more also felt his comments were also blatantly anti-Semitic, using the stereotype of Jewish people as “smelly” or “dirty.”

Rudy the Jackhole’s defenders are having none of it, and they appear willing to go to the mat over the notion that their friend is anti-Semitic.  And in classic perpetual victim form, they turn Rudy the Jackhole into a victim by the time they are done:

Over the years, we’ve seen [Rudy the Jackhole] experiment with many forms of engagement on this issue, from handing out informational fliers to asking pointed substantive questions at events. Earlier this semester he tried a different tactic, calling a male Palestinian speaker a “smelly liar.” He did the same with Livni, asking her during a Q&A how it could be that she was “so smelly.”

[Rudy the Jackhole] is now the target of a vicious smear campaign. His name and face have been posted all over the Internet, where hundreds of hateful commenters pile on racist slurs, malign Muslim students at HLS who had nothing to do with [Rudy the Jackhole]’s protest, and threaten various forms of violence against [Rudy the Jackhole]. These tactics are part of a sadly well-worn playbook aimed at discrediting and defaming those who dare challenge Israel’s abuses against Palestinians.

Call me crazy, but Rudy the Jackhole seems to be the poster boy for being unable to take what he dishes out.