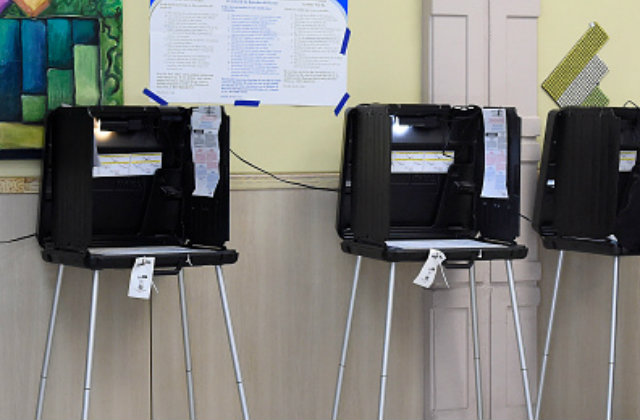 From the get-go, U.S. District Judge Mark E. Walker made very clear what he thought of the Sunshine State’s approach to felon disenfranchisement.

“Florida strips the right to vote from every man and woman who commits a felony,” he wrote in a ruling issued Thursday. “To vote again, disenfranchised citizens must kowtow before a panel of high-panel government officials over which Florida’ Governor has absolute veto authority. No standards guide the panel. It members alone must be satisfied that these citizens deserve restoration.”

That’s how he begins the ruling.

This stems from a lawsuit by James Michael Hand and eight other plaintiffs who all completed their sentences, but still were not allowed to vote.

In Florida, people must wait five years after completion of a sentence to apply for their rights to vote, and even then, that must be approved by a clemency board led by the governor. Walker painted it in less-and-approving terms, pointing out that one Steven Warner was able to get his voting rights back three years after casting an illegal ballot.

“Actually, I voted for you,” [Warner told Scott.] The Governor laughed. “I probably shouldn’t respond to that.” A few seconds passed. The Governor then granted the former felon his voting rights.

Walker ruled that while states can disenfranchise felons, the process in this case is unconstitutional, violating the First and Fourteenth Amendments. For example, the decision to grant voting rights is left up to the unlimited discretion of those on the board, violating due process, freedom of association and freedom of expression. In one instance, Scott told plaintiff Virginia Kay Atkins that he did not feel “comfortable” returning her voting rights, even though she was 10 years out from being released from incarceration. In another, Leon Gillis III, who was released from prison in 1985, was denied his voting rights in 2011. He asked how long he was supposed to wait. Scott said, “I could tell you that answer, but today I’m not, I don’t feel comfortable doing it.

The judge set a Feb. 12 deadline for the parties to suggest possible fixes. The governor’s office criticized the ruling, saying the clemency board has been around for many years.

“The discretion of the clemency board over the restoration of felons’ rights in Florida has been in place for decades and overseen by multiple governors,” John Tupps, Scott’s Communications Director, told Law&Crime in an emailed statement. “The process is outlined in Florida’s Constitution, and today’s ruling departs from precedent set by the United States Supreme Court. The Governor believes that convicted felons should show that they can lead a life free of crime and be accountable to their victims and our communities. While we are reviewing today’s ruling, we will continue to defend this process in the court.”

[Images of ballot boxes in Miami, Florida via the 2016 general election via RHONA WISE/AFP/Getty Images]