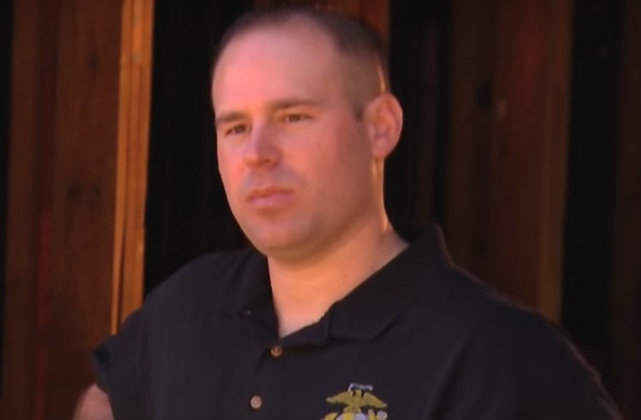 DALLAS (AP) — A former North Texas Marine has been sentenced to nearly two years in prison after receiving veterans benefits, including a house, due to fraudulent claims he was injured during combat in Iraq.

Brandon Blackstone was sentenced in Dallas federal court on Friday.

The 35-year-old Blackstone had pleaded guilty in September to one count of wire fraud and one count of fraudulent representation about the receipt of a military decoration for financial gain.

According to court documents, Blackstone, who served in the U.S. Marine Corps from 2004 until 2006, falsely claimed he had been injured when his Humvee vehicle hit an anti-tank mine.

The Department of Veterans Affairs awarded Blackstone disability benefits as a result of his fraudulent claims and he also received a mortgage-free home from a military foundation.

[Screengrab of Blackstone in 2011 video via Mike Favazza]