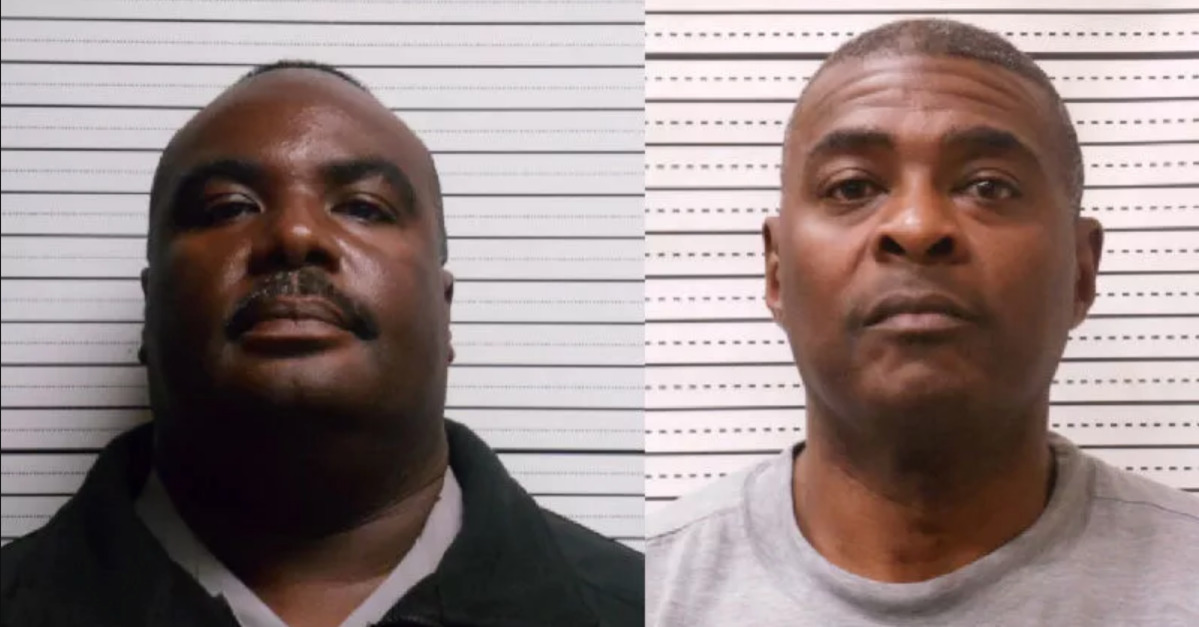 Southport, North Carolina is technically operating without a police force after the city’s police chief was arrested last week on corruption charges. All remaining members of the police force were subsequently suspended and placed on paid administrative leave.

Local outlet WECT reports that now-former Southport police chief Gary Smith and lieutenant Michael Christian Simmons were each charged with one count of felony conspiracy to obtain property by false pretense, willful failure to discharge duties and obstruction of justice. The two latter charges both misdemeanors.

District Attorney Jon David noted that the investigation began on April 4 of this year after law enforcement tipped off investigators about the duo’s alleged scheme. To wit, both Smith and Simmons are accused of working overnight shifts at a nearby trucking company during the same hours claimed on their daily activity reports for the Southport Police Department.

Those alleged trucking duties apparently took Smith and Simmons out of town and the county in which Southport resides on numerous occasions during the course of the apparent scheme–sometimes they even left the state, investigators allege.

According to the arrest warrant obtained by WECT, Smith and Simmons left their posts an average of two to four times per week–often forcing lower-ranking officers to drive them to their second jobs. This scheme reportedly began in February of 2018.

Mayor Jerry Dove offered a somber message to Southporters when the arrests were announced. He said, “It is indeed that I get before you today with a heart laden with grief for all these events that happened today. It was a shock to me to hear all these, being a former chief and knowing the officers that worked in that department and hired at least half of them.”

Dove also noted that he consulted with the city’s board of supervisors and together they decided that policing duties would now fall to the Brunswick County Sheriff’s Office. In comments to WECT, David said:

We will be relying on [the sheriff’s office] substantially on the road ahead to step into the void and provide a police presence. The sheriff’s office already has overlapping jurisdiction with Southport. It’s not new that they would be patrolling these streets. They know the lay of the land and I’m very confident that citizens will be well protected.

David also took pains to point out that while every Southport police officer was currently suspended, that certainly wouldn’t remain the case for long. He said, “A lot of these officers have done absolutely nothing wrong. Some of them are the ones that first came forward. This stain should not be extended to the officers who take seriously their duty to serve and protect.”

If convicted, the two wayward tarheels face over three years in prison.