Democrat Does Not Even Live in District He Hopes to Serve, and That’s Legal! 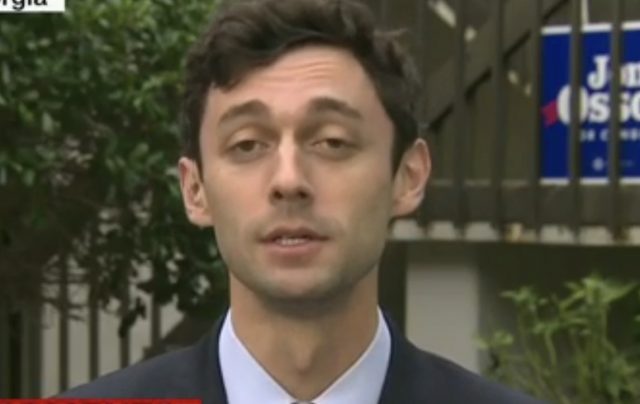 There’s a heated special election race going on in Georgia on Tuesday that revolves around a Democrat running in a district that he doesn’t even live in.  That’s right, the leading Democrat in the Georgia 6th District Special Election to replace Health and Human Services Secretary Tom Price does not even live inside the district and can’t vote for himself in today’s election!

Democratic candidate Jon Ossoff appeared on CNN Tuesday and flatly admitted that he does not live in the congressional district that he is seeking to win. However, he said the concerns about his residency are overblown and that he’s perfectly eligible to run for that seat.

Dem. candidate for Georgia congressional seat @ossoff: Not an issue I don’t live in district, can’t vote for myself https://t.co/RcX3MNqMTD

Ossoff says he grew up in the district and only currently lives about a mile and a half outside the district because his girlfriend is finishing medical school. He claims it’s never been a secret where he lives and he promises to move back to the district once she completes her schooling.

“As soon as she finishes her medical training, I’ll be 10 minutes back up the road into the district where I grew up,” the candidate said.

Democrats are reportedly attempting to frame the issue as a referendum on Trump, in the event there candidate wins.  However, with such a crowded field, it is unlikely that anyone will get the needed 50% vote to avoid a run off with the top three finishers.

Interestingly, there is no residency requirement for members of the House of Representatives, other than they are citizens of the state from which they are elected.

“No Person shall be a Representative who shall not have attained to the age of twenty five Years, and been seven Years a Citizen of the United States, and who shall not, when elected, be an Inhabitant of that State in which he shall be chosen.