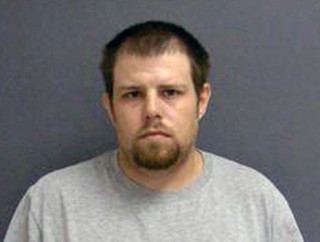 A convicted burglar in Indiana is suing the homeowner who shot and wounded him while he was making an escape. So here are the basics of what happened. Police say David Bailey broke into the garage of David McLaughlin back in April of 2014. When the homeowner spotted him, he fired gunshots as Bailey was making a run for it away from McLaughlin’s property.  One of the bullets hit Bailey in the left arm as he was running down an alley, according to The Star Press.

Here’s the twist.  Bailey pleaded guilty to burglary, and was sentenced to home detention. However, a separate jury also found the homeowner guilty of criminal recklessness for shooting Bailey during the attempted break-in.  McLaughlin was sentenced to 60 days in jail. So last week, civil attorneys for Bailey filed a lawsuit saying McLaughlin acted recklessly in firing the shots and wants “a monetary award in an amount sufficient to compensate (Bailey for damages).”

The lawsuit alleges, according to The Star Press:

While Bailey pleaded guilty to a related burglary charge last year, in the lawsuit he contends he “had not entered (McLaughlin’s) garage” and “never entered the defendant’s garage for the purpose of stealing property.”

The suit alleges Bailey was in an alley behind McLaughlin’s home when the homeowner “exited his residence and began firing his weapon into the air in response to a security alarm sound in his garage.”

“My client thinks it’s outrageous and I tend to agree. You don’t ordinarily expect someone to burglarize you and turn around and sue you for damages,” the homeowner’s attorney told WTTV.

Very interesting case. Do you think the convicted burglar should be allowed to recover damages for being shot while doing something illegal? Believe it or not, he might have a case.

“One possibility is for McLaughlin to argue a type of assumption of the risk or plaintiffs’ conduct. However, the court may limit that defense if this response is prohibited by law, as indicated by the criminal conviction,” said George Washington University Professor Jonathan Turley said in a blog post.