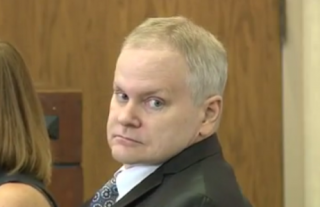 What’s in a name? Eric Conn, a disability attorney from Kentucky, is in federal custody after being indicted on fraud charges. Conn allegedly paid off former Administrative Law Judge David Daugherty and Dr. Alfred Bradley Adkins, a clinical psychologist who worked for Conn, to get Social Security Disability claims approved using bogus medical evidence, the Associated Press reported. Daugherty and Adkins were indicted as well.

Last fall, a judge dismissed most, but not all charges against Conn and Daugherty for allegedly fixing Social Security cases. According to WSAZ, Conn has been under suspicion for years, including when the Social Security Administration suspended the benefits of many of Conn’s clients in early 2015 due to fraud suspicions. They later reversed their decision.

[h/t and screengrab via WSAZ]