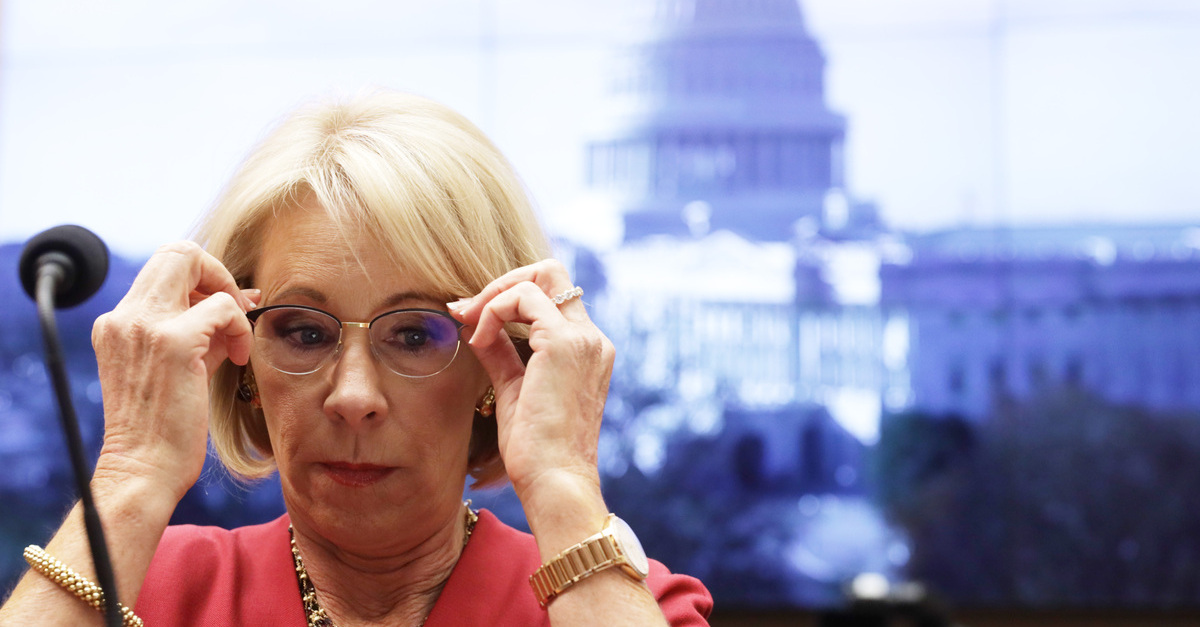 Secretary of Education Betsy DeVos just got to the official end of the line with her efforts to divert $16 million in public school COVID-relief funding to private schools.

The Congressional CARES Act earmarked approximately $16 billion to help elementary and secondary schools maintain their operations and provide effective education during the pandemic. Funds were to be distributed to both public and private schools; the amount allocated to private schools was, as has been the case historically, based on number of low-income students served by the private schools. The DOE under DeVos, though, issued a rule that would instead apportion funding based on total student enrollment. As a result, far more CARES funding would have found its way into private schools.

Michigan, California, Hawaii, Maine, Maryland, New Mexico, Pennsylvania, Wisconsin, the District of Columbia as well as public school districts in New York City, Chicago, Cleveland and San Francisco sued to block the DOE’s rule. In July, the court ruled against the DOE in a preliminary injunction; now, the lawsuit has come to its final end.

Responding to Judge Donato’s preliminary injunction, DeVos issued a letter to state school officers. In it, she explained the reasoning underlying the Department’s funding rule:

We started from a premise that I believe with every fiber of my being: all children are created equal, and all children matter. In the CARES Act, there is nothing suggesting Congress intended to deny some American students the help they need. In the real world, the pandemic harmed everyone. Sadly, that fact did not stop some from suing us, attempting to deny private-school children and teachers help they needed.

DeVos continued, saying that, “The Department strongly, but respectfully, disagrees with the ruling,” against it. “However,” she added, “we respect the rule of law and will enforce the law as the courts have opined. The Department will not appeal these rulings.”

Many have speculated that a Joe Biden presidential administration will mean dramatic changes to federal education policy, noting a stark contrast between Betsy DeVos and Dr. Jill Biden. While DeVos championed private schools, the incoming first lady is a career educator, community college professor, and member of the nation’s largest teachers’ union. Joe Biden’s campaign staff has committed to naming a former public school educator to lead the DOE, and has promised to reverse key educational policies of the Trump administration.