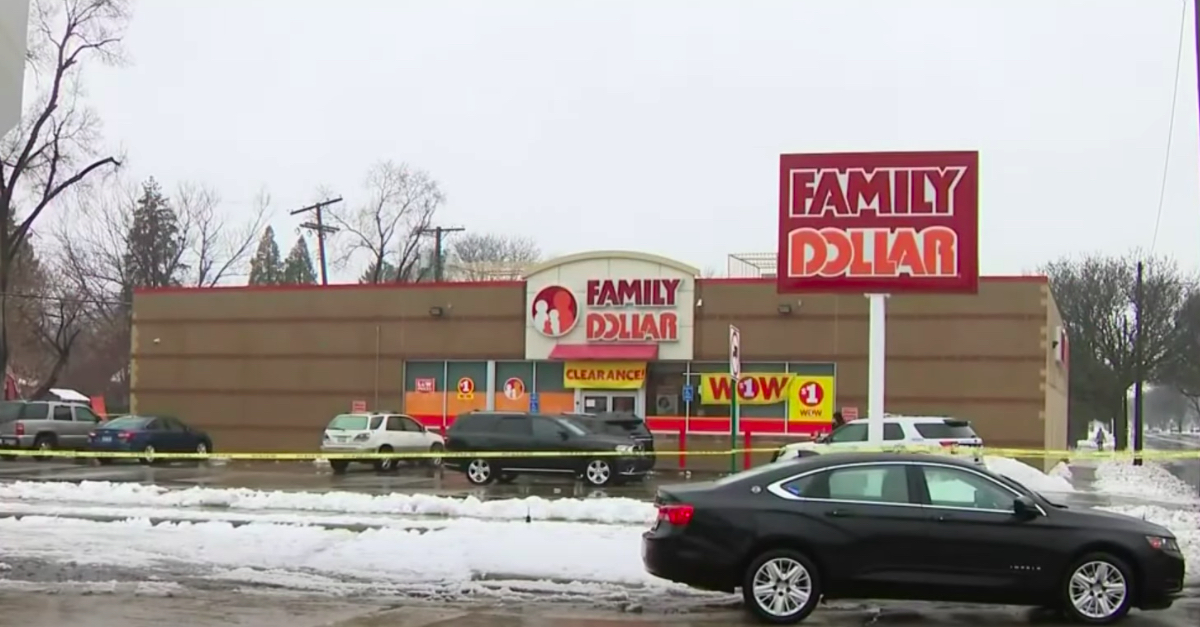 A security guard at a dollar store in Flint, Michigan was reportedly shot and killed on Friday after an altercation with a customer who was denied entry. The customer had allegedly refused to wear a face mask inside the store, the Detroit News reported. Police are now investigating that claim.

According to the report, the 43-year-old security guard was shot in the head at approximately 2:15 p.m. at a Family Dollar store. He was rushed to the hospital where he was later pronounced dead.

Michigan State Police 1st Lt. David Kaiser told the Detroit News that multiple witnesses both in-person and on social media informed his department that the argument began after the alleged shooter was told he was required to wear a mask if he wanted to enter the store as required under Michigan Gov. Gretchen Whitmer’s (D) emergency public health executive order.

“We’re seeing a lot of these reports on social media, so we’re investigating them,” Kaiser said. “We’ll talk to all the potential witnesses.”

Police have not yet released the name of the murdered guard, but the victim’s wife told the Michigan Capitol Confidential that the shooting was motivated by the face mask dispute. She asked not to be named out of fear of retribution because the suspects were still at large as of Sunday evening.

After reviewing several social media postings, including the Flint Michigan Scanners Facebook page, which is designed to help keep the public informed of what is going on in their community, the Capitol Confidential reported that after the victim denied entry to a female patron, she left and came back with a male companion who proceeded to fatally shoot the guard.

A GoFundMe page to raise money for the victim’s family stated that he was “a hard working father and husband who lost his life while doing his job securing the place of business and asking all customers to wear a mask for our own safety as well as others. He leaves behind 8 amazing kids, a super loving wife, & his wonderful mother.”