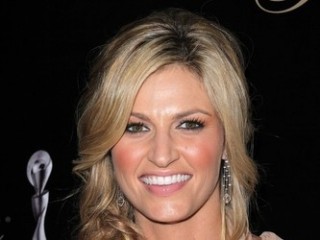 If you are getting to this article because you typed “Erin Andrews Naked Video” into Google, I am beyond disgusted. According to Google Hot Trending Searches, just behind primary election results, Justin Bieber, and a few other search terms, tens of thousands of people have taken to Google this week to search for this horribly invasive video. They’ve typed in search terms like “Erin Andrews Naked Video,” “Erin Andrews Hotel Video,” and “Andrews Peephole video.” It is the top video searched for and among the top 12 searched terms on Google for Tuesday. I came upon this fact while doing research for this website. I have no idea if the video still exists on the internet but I assume it does.

The renewed, disgusting and perverted interest stems from the fact the former ESPN reporter’s $75 million civil case is now on trial in a Tennessee courtroom. Andrews sued the man who took the video through a peephole of her Nashville hotel room. She’s also made a claim against the Marriott where it happened. We’ve been following the case from this live feed very closely at LawNewz.com, and I have watched hours of Ms. Andrews’ tearful testimony on the stand. Honestly, as a former local T.V. reporter myself, I can only imagine the humiliation she has felt over the last few years. When you put yourself on television, you understand you will be closely scrutinized, but she now must deal with the embarrassment that viewers might be thinking about her naked too. I can’t imagine.

“I feel so embarrassed, I feel so ashamed,” Andrews told jurors through tears, “My naked body was on the front page of The New York Post, they put bars over my body parts. My girlfriend said she was running around the city throwing coffee on all of the papers she felt so bad.”

Her stalker, Michael Barrett, grinned in a tape deposition as he described how “he could hear the shower on as I passed by her room.” This woman was clearly a victim of a very perverted man, who went through extensive efforts to record her naked. He later served time for stalking. Clearly he knew this video would garner an audience as he posted it online immediately. Countless people viewed it in 2008.  And now, sadly, thousands and thousands of people are re-victimizing Ms. Andrews again. What if this happened to your wife or your loved one? People who are searching for the video — especially after hearing how deeply this hurt and victimized Andrews — should be ashamed of themselves.