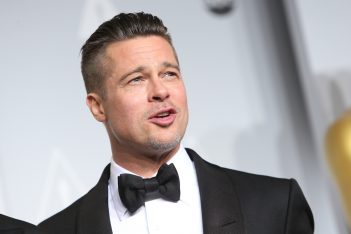 Brad Pitt has hired a high profile family law attorney amid reports the FBI is reviewing claims that the actor was recently verbally and physically abusive towards one of his children on board a private aircraft.

According to The Hollywood Reporter, Pitt on Thursday hired Beverly Hills lawyer Lance Spiegel to join his legal team during what is expected to be a contentious divorce from wife Angelina Jolie.  Spiegel reportedly has extensive experience in family law matters involving famous athletes and celebrities.  In the past Spiegel represented Eva Longoria, Heather Locklear, Charlie Sheen, and Michael Jackson.

The 70-year-old attorney declined to comment on the matter.

Jolie’s decision earlier this week to end the couple’s two year marriage set off a wave of speculative reports about Pitts’ recent actions.  Multiple outlets reported one reason for the divorce was that Pitt had been verbally and physically abusive towards one of his children on board a recent private aircraft flight.

An LAPD spokesman denied reports that his department was investigating the actor, telling the news outlets they “are not investigating any case, nor do we have any allegations against Mr. Pitt. We understand how rumors get spun up, and hopefully we can put a few of them to rest. We have no investigation involving Mr. Pitt.”

However, late Thursday the FBI released a statement that seems to acknowledge a a probe into the alleged incident on board the aircraft.

“In response to your inquiry regarding allegations within the special aircraft jurisdiction of the United States; specifically, an aircraft carrying Mr. Brad Pitt and his children, the FBI is continuing to gather facts and will evaluate whether an investigation at the federal level will be pursued,” the FBI statement reads.