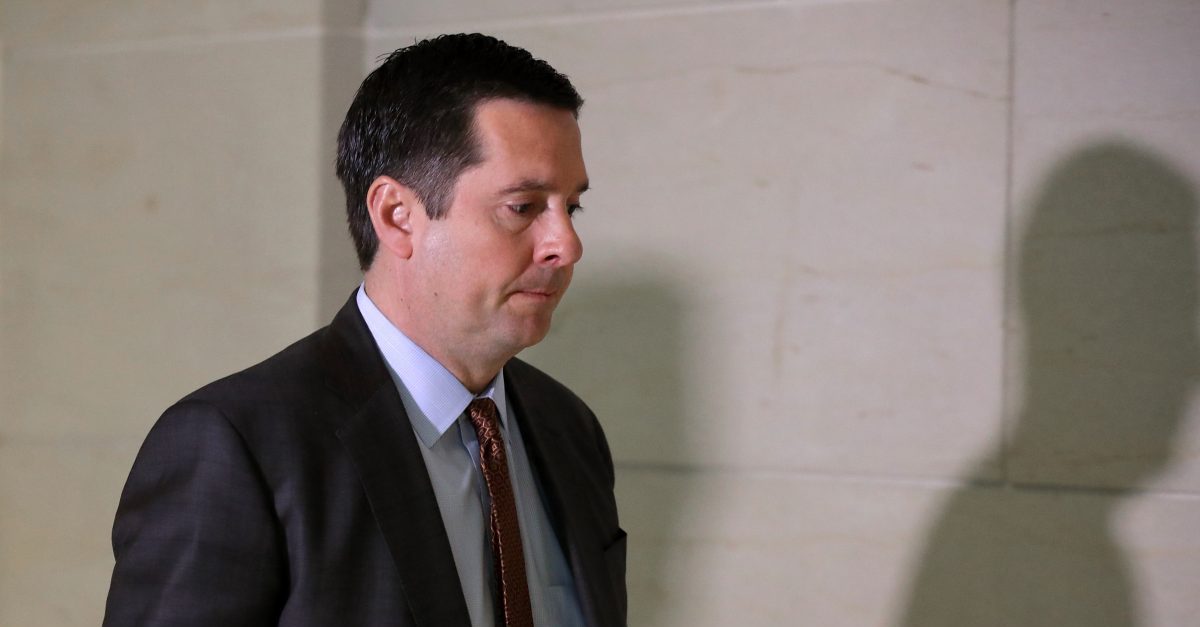 Rep. Devin Nunes (R-Calif.) filed a $150 million lawsuit against news company McClatchy and political operative Liz Mair for an alleged “character assassination” scheme that he says was meant “to interfere with Plaintiff’s Congressional investigation of corruption by the Clinton campaign and alleged“collusion” between the Trump campaign and Russia during the 2016 presidential election.” The complaint, filed in Virginia circuit court, focuses on an article published in McClatchy’s Fresno Bee that he says was riddled with false and damaging statements. His argument for the intent behind the story, however, revealed that his attorney may have made an embarrassing mistake over how Twitter works.

Nunes’ complaint claims that the defendants “relentlessly attacked” him, “falsely and maliciously accusing Plaintiff of horrible crimes and improprieties, falsely attributing to him knowledge he did not have, implying that he was involved with cocaine and underage prostitutes, and imputing to Plaintiff dishonesty, unethical behavior, lack of integrity, and an unfitness to serve as a United States Congressman.”

That allegation comes from a May 23, 2018 article in the Fresno Bee by reporter Mackenzie Mays bearing the headline, “A yacht, cocaine, prostitutes: Winery partly owned by Nunes sued after fundraising event.” Nunes claims that the article has a number of false statements, such as saying that an alleged event took place at a “fundraiser” instead of “a cruise resulting from a charitable donation,” and by implying that Nunes had anything to do with it. The lawsuit points to a tweet from Mays that shared the article, with her own message about the story. Nunes’s lawsuit claims that Mays went out of her way to emphasize certain aspects of the story by putting key words in bold.

“In her tweet, Mays chose to emphasize the words ‘woman’, ‘Devin’ and ‘cocaine,'” the complaint says.

As it turns out, however, that’s not true.

A woman who worked for the winery (listed as a primary asset of Devin Nunes’) sued after she said she was stranded on a yacht with its top investors who were using cocaine and underage sex workers. The cruise was auctioned off as part of a charity event. https://t.co/EQUgBXbgGM

No bold type there.

So how did Nunes’ complaint get this wrong? Los Angeles Times reporter Matt Pearce pointed it out and called out Nunes’ lawyer for it.

Pearce noted that Nunes’ attorney, while looking for Mays’ tweet, used a keyword search to find it. Those keywords were then automatically highlighted in bold by Twitter in the search results.

To be sure, this doesn’t impact Nunes’ claim that the statements within the article itself were false and defamatory. It may, however, weaken the complaint’s allegation that any false statements were part of an intentional scheme to hurt him. Nunes does make additional assertions in support of this argument, including allegations that Mair spread the winery story as part of an alleged scheme with McClatchy.

The lawsuit goes on to make other allegations as well, such as that the article falsely stated that the winery involved had business with Russia while Nunes was working on a Russia investigation. Nunes claims that in reality there was just one transaction in 2013, and that McClatchy later “stealth edited” this by updating the article with more correct language without including any notice of correction.

Lauren Gustus, regional California editor for McClatchy, said that Nunes’ complaint “is without merit,” and that McClatchy “stands by the reporting” in the Bee‘s article.

Nunes suit is without merit. We @mcclatchy stand behind the reporting of the @FresnoBee: https://t.co/sFpN4fj4lM pic.twitter.com/yX4O1K9cIi