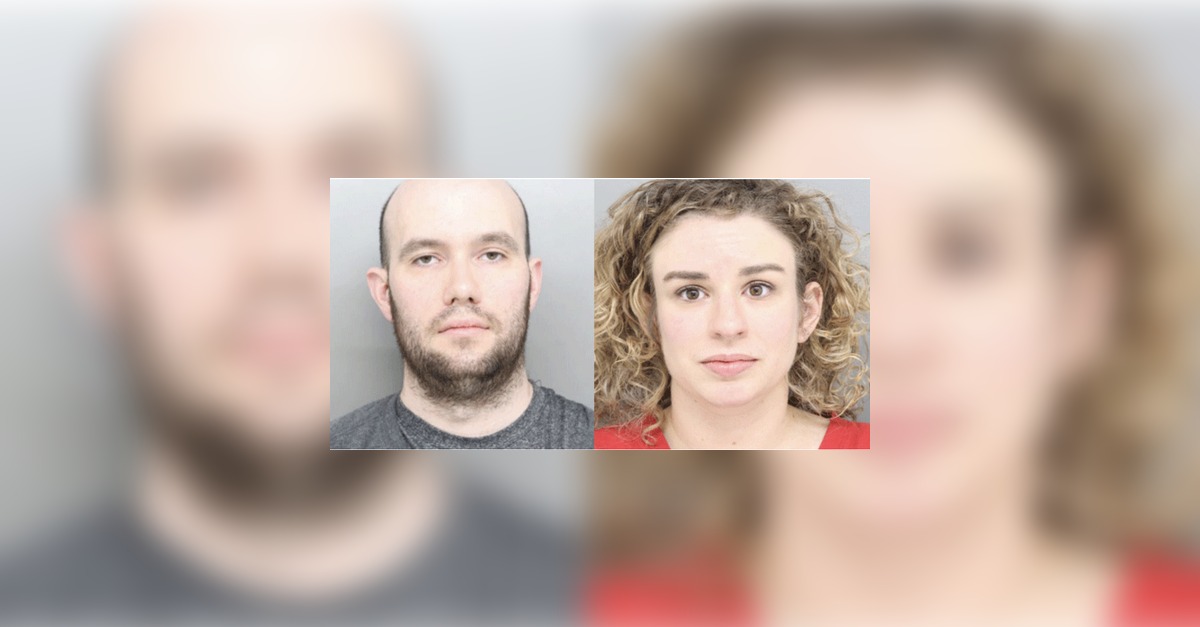 An Ohio couple was arrested in Cincinnati after allegedly having sex on a Ferris wheel in front of a crowd of adults and children.

According to the Cincinnati Enquirer, 30-year-old Michael Mathisen and 31-year-old Lauren Wilder were arrested in the early evening on Thursday after allegedly imbibing a few too many and then using a Ferris wheel gondola as their own by-the-minute hotel room.

The incident allegedly occurred inside a climate-controlled Ferris wheel car atop the 150-foot SkyStar Wheel which is temporarily operating at The Banks shopping center in downtown Cincinnati. Located between Paul Brown Stadium and the Great American Ball Park–the home field of the Cincinnati Reds–the Ferris wheel was brought out to celebrate the opening day of the Reds’ 150th season.

The brief tryst allegedly occurred just a few hours after the first pitch.

Todd Schneider is a SkyStar managing partner. In comments to the Enquirer, he said staff members noticed the couple were in a state of coital engagement and undress as their glass-encased gondola completed a revolution and came toward the ground.

“The couple made eye contact and continued doing what they were doing,” Schneider told the outlet. “They weren’t thinking correctly. It’s a festive day, festive environment.”

According to a police report, the couple “engaged in sexual intercourse in the open in front of children and adults.”

Schneider concurred with cops that children were able to view the alleged high-flying sex acts but said “it was over in just an instant,” because staff hit an emergency “kill button” which stopped the ride. An off-duty police officer hired “in anticipation of any type of incident like this” responded soon thereafter, Schneider noted.

The SkyStar Wheel’s gondolas are cleaned regularly, Schneider added. The company once considered installing cameras inside each of the 36 chambers but decided against that course of action because “people do weird stuff in a closed space.”

Mathisen and Wilder were charged with one count of disorderly conduct apiece. Wilder was released on her own recognizance just before midnight on Thursday while Mathisen remained in jail until Friday afternoon. They are slated to appear in court next Friday.