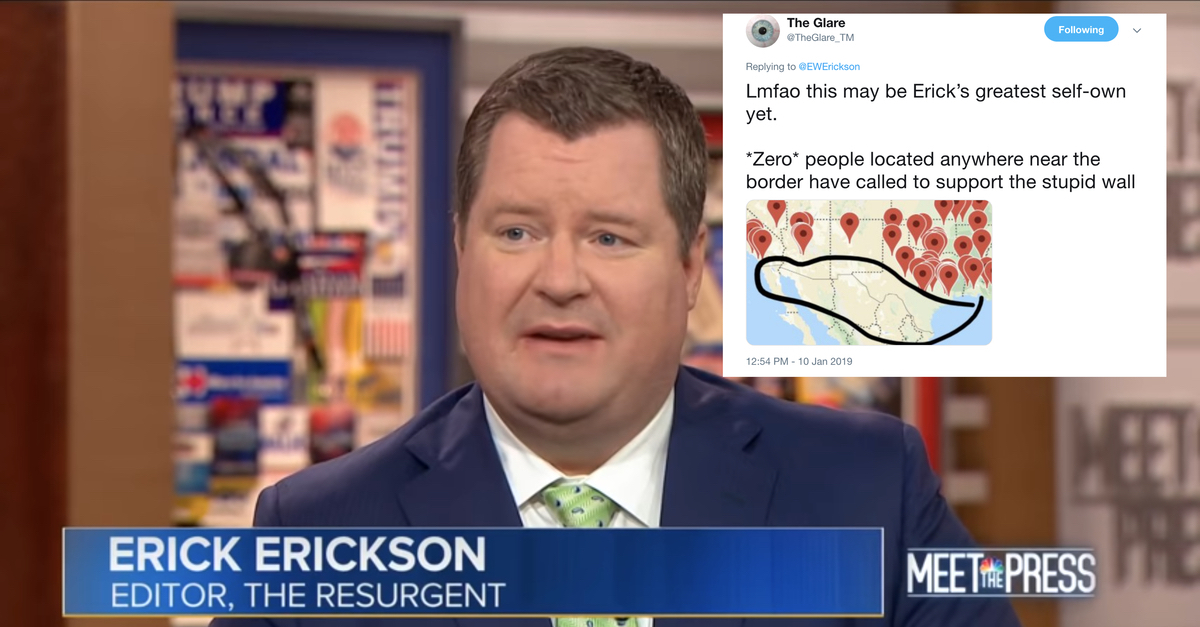 Conservatives are starting to rally around President Donald Trump‘s latest push for his oft-promised wall between the U.S.-Mexico border. One such conservative is former Red State editor-in-chief and current radio show host Erick Erickson.

In making his plea for conservative solidarity with Trump’s government shutdown-fueled wall push, however, Erickson appears to have revealed an inconvenient truth about how Americans who live on and near the U.S.-Mexico border actually feel about the alleged border crisis and President Trump’s would-be steel solution.

In a tweet sent at 10:57 a.m. on Thursday, Erickson called for “activists to contact their members of Congress to tell them to support the President’s border plan.” The conservative thought leader went on to note that activists are particularly needed in Montana and North Dakota–two states that are located roughly 1,300 miles away from the U.S.-Mexico border.

Erickson also supplied an image with “red dots [signifying] people who have already taken action” by contacting Congresspersons in support of Trump’s much ballyhooed border wall: 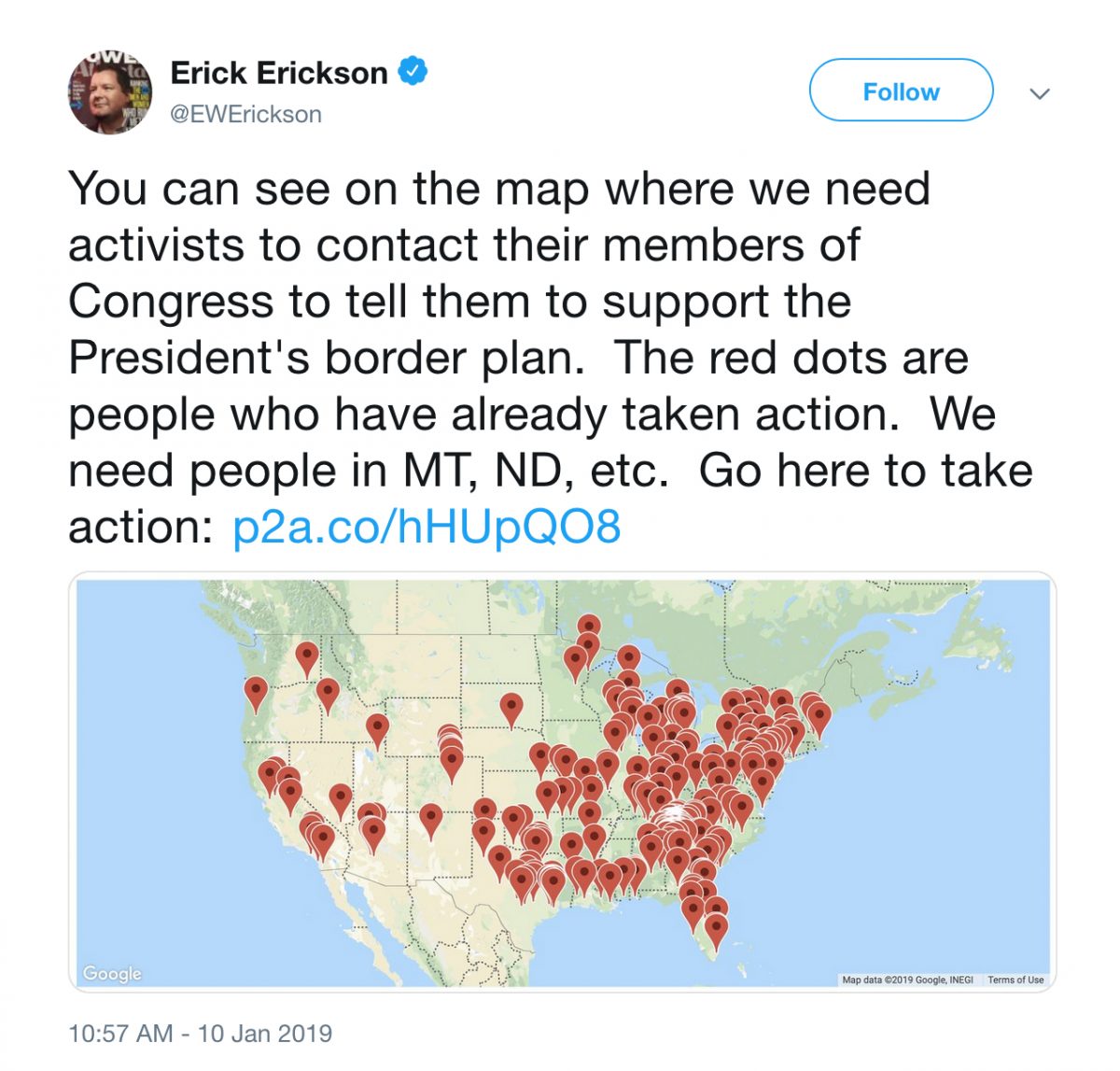 A lawyer on Twitter who posts as “The Glare” immediately noticed something inadvertently telling about Erickson’s pitch:

Lmfao this may be Erick’s greatest self-own yet.

*Zero* people located anywhere near the border have called to support the stupid wall pic.twitter.com/44c4G7bUBH

In short, none of the conservative activists currently taking part in Erickson’s activism live on or anywhere near the U.S.-Mexico border. That is, people who are likely to have been affected by the alleged border crisis don’t seem too concerned. And, so far, no Americans included in Erickson’s data appear to have responded by backing up the president here.

Border-dwelling and border-adjacent Americans being fairly nonplussed by the alleged border crisis has been observed before.

Texas ranchers have long dismissed any talk of a border crisis allegedly caused by undocumented immigrants or their families and have been mostly unfazed by all the “border crisis” rhetoric emanating from the White House.

The mayor of Brownsville, Texas–one of the largest cities athwart the U.S.-Mexico border–was similarly dismissive of the claims about immigrants and immigration coming from Washington, D.C. Last summer Mayor Tony Martinez said:

There is not a crisis in the city of Brownsville with regards to safety and security. There’s no gunfire. Most of the people that are migrating are from Central America. It’s not like they’re coming over here to try to take anybody’s job. They’re trying to just save their own lives. We’re doing fine, quite frankly.

Congressional Democrats, for what it’s worth, have been even more direct in dismissing Trump’s claims of a crisis on the border. Just days ago members of the Congressional Hispanic Caucus called the idea “disingenuous” and “nonexistent,” according to the Dallas Morning News.

Law&Crime reached out to Erickson for comment on this story, but no response was forthcoming at the time of publication.