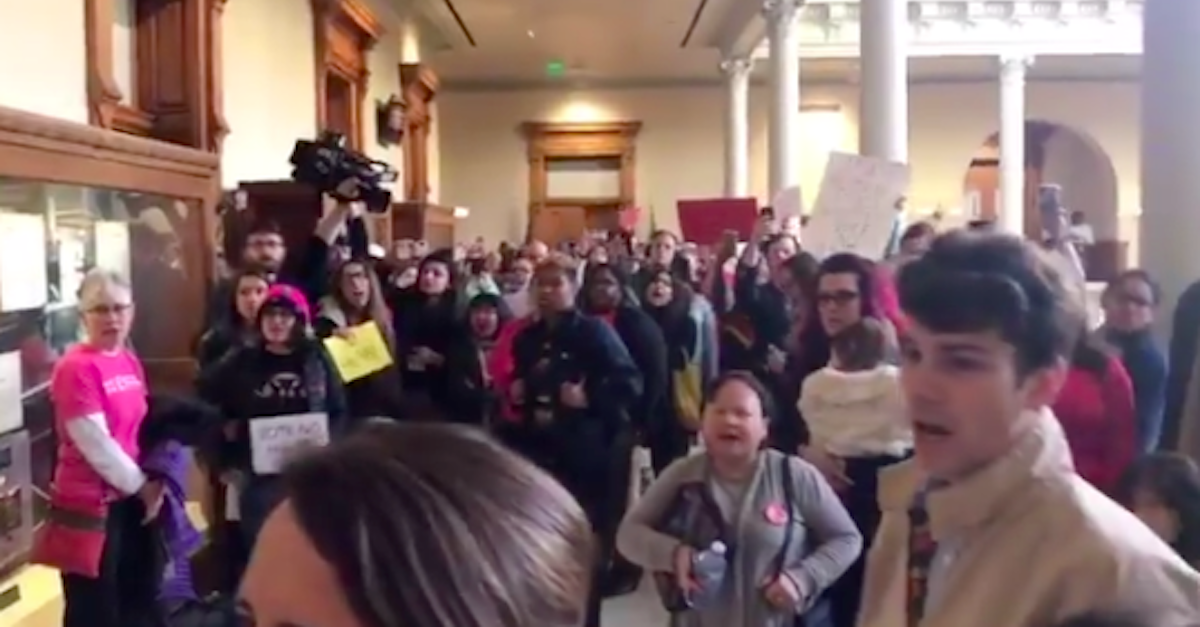 Protesters took to the halls of the Georgia State Senate on Monday, as the body’s Science and Technology Committee approved a bill that would potentially come close to wiping out abortion in the state.

The bill, H.B. 481, would outlaw most abortions once a fetal heartbeat is detected. This often occurs six weeks into a pregnancy, compared to Georgia’s current law, which allows abortion until 20 weeks. Opponents of the bill, known as the Living Infants Fairness and Equality (LIFE) Act, are concerned because many women don’t even know they are pregnant until after six weeks.

Exceptions to this, under the bill, are limited to when “the pregnancy is diagnosed as medically futile,” or if abortion would be necessary to “avert serious risk of substantial and irreversible physical impairment of a major bodily function of the pregnant woman.” The bill specifically says that mental or emotional harm would not qualify.

Continuing with the theory that a fetus should be treated like a person once it has a heartbeat, the bill would also allow people to claim the fetus as a dependent for tax purposes.

Demonstrators loudly voiced their disapproval of the bill by shouting, “Shame! Shame! Shame!” at the committee after they made their decision.

#Developing Dozens of Pro-Choice protestors demonstrated in the hallway after a committee voted to pass the Abortion Bill to the full Senate. pic.twitter.com/pcoWowWJhr

Next, the bill will go before the full Senate for a vote. Similar measures in other states have been attempted as well, seemingly with the hope that challenges would make their way to the U.S. Supreme Court, where the conservative majority would have an opportunity to reevaluate what restrictions on abortion are constitutional.