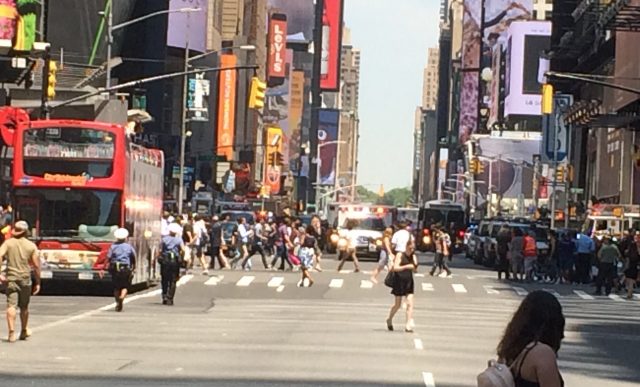 Police in New York City are investigating a crash in Times Square that left at least 22 people injured and one dead late Thursday morning.

Due to a vehicle collision with pedestrian injuries, emergency vehicles are in the area of #TimesSquare. Expect delays in the area.

A suspect is in custody, and being investigated for driving while intoxicated, CBS says. Cops say the suspect, identified by the NYPD as 26-year-old Bronx resident Richard Rojas, has a history of two DWIs. They say he made a sudden U-Turn at 42nd St and 7th Avenue, driving up a sidewalk until he hit a traffic pole at 45th St. Police are scheduled to test him for drugs and alcohol. Officials currently believe that this is NOT connected to terrorism.

The investigation is ongoing, and LawNewz.com will update should additional details become available.