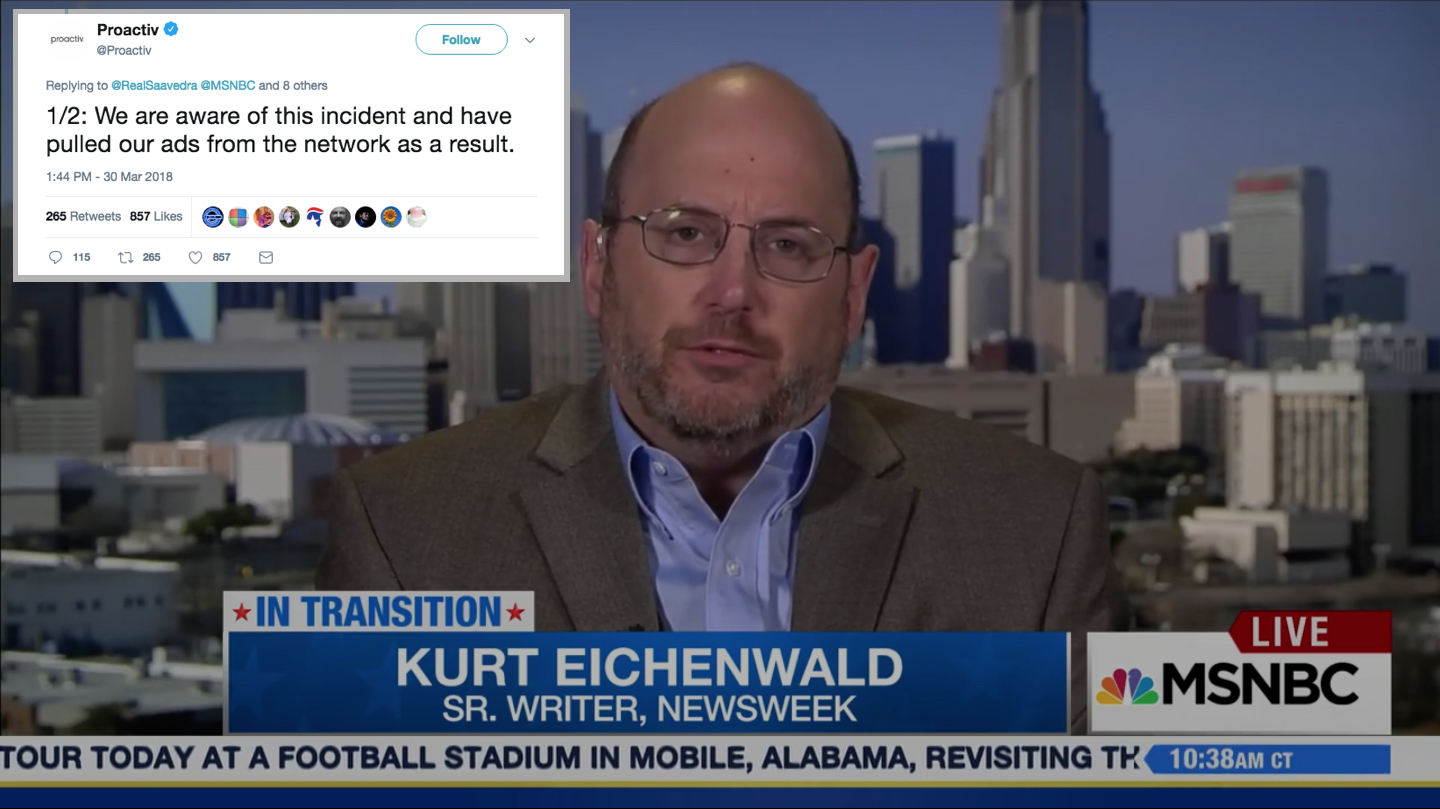 Call it a case of dueling boycotts.

Kurt Eichenwald is currently a senior writer at Newsweek. In a since-deleted tweet sent at 10:35 a.m. on Friday, Eichenwald attempted to call out Kashuv in harsh and dramatic tones and terminology. He wrote:

Kyle…you continue to disappoint. Trafficking in fantasies, fine. Your followers are infantile, your only form of debate is insult. And you wonder why I have no respect for you.

Many of Kashuv’s followers dutifully complied with the request and began to direct their outrage at various MSNBC advertisers while also highlighting the Kashuv-Eichenwald interaction. Proactiv quickly got the memo and announced, in a series of tweets posted late Friday afternoon:

We are aware of this incident and have pulled our ads from the network as a result. We are working diligently with our media partner to get them removed as quickly as possible. Thank you.

Eichenwald eventually apologized to Kashuv–and Kashuv accepted. Eichenwald then moved to try and stop Proactiv from pulling the plug on MSNBC–seemingly to no avail, at least as of this writing.

NBC Universal released a statement in response to the boycott and advertiser loss, noting, “Kurt Eichenwald is not associated with MSNBC and has not been an MSNBC contributor since February 2018.”

Eichenwald simply forgot to delete the reference to his former job from his Twitter bio.