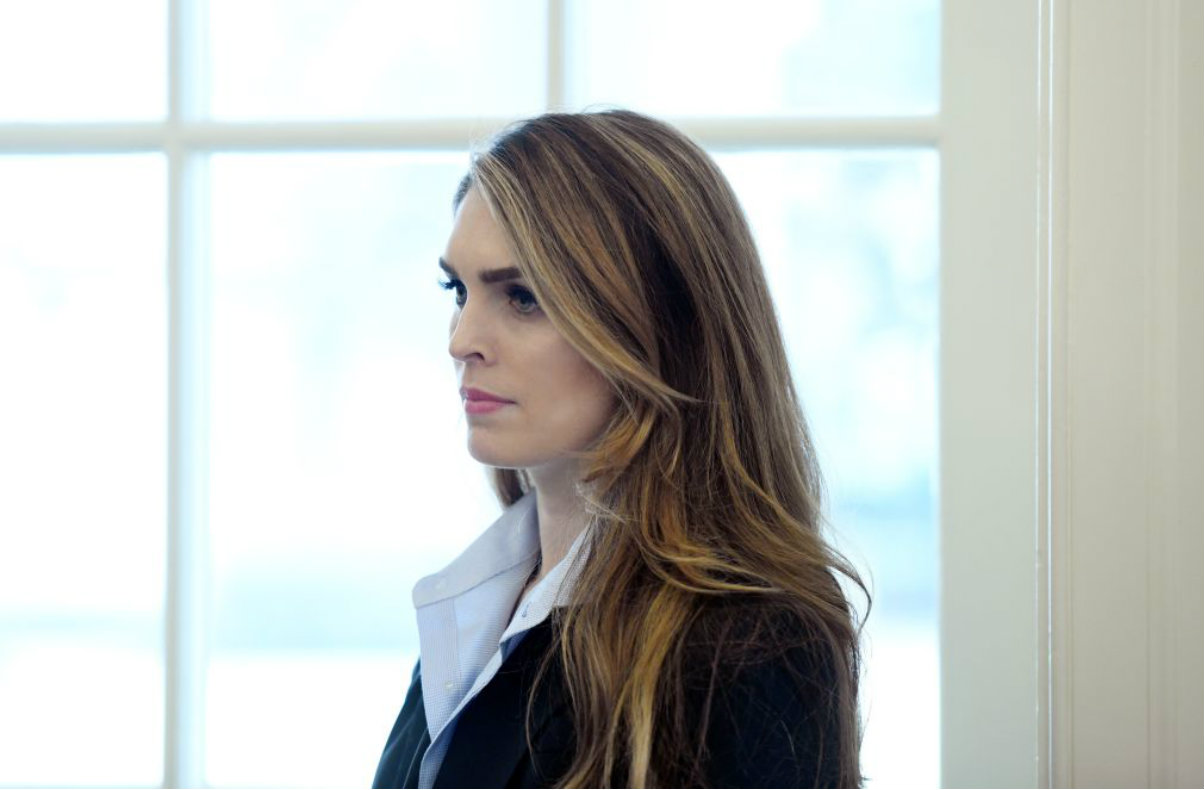 Emails! Always with the emails! But this time, it’s not a Clinton story.

Hope Hicks, the outgoing White House Communications Director, told the House Intelligence Committee that one of her e-mail accounts was hacked, according to a report by NBC News. The exchange happened during her appearance last week before before the committee in its investigation into Russian interference in the 2016 election.

Four people, who spoke on condition of anonymity because the meeting was meant to be private, reportedly said Hicks told Congress that she could no longer access two email accounts. One was private, the other she used as a member of Donald Trump‘s presidential campaign.

According to two sources in the room, Hicks said that one of these accounts was hacked. It wasn’t immediately clear if she meant the private or campaign account, the report said, though Fox News followed up, and said it was the private one which she had since college. It was also unclear what this hacking precisely entailed, and who was responsible. Hicks reportedly portrayed herself as not being savvy when it came to tech.

The House Intelligence Committee did not immediately respond to a Law&Crime request for comment. Neither did the White House.

Note: Updated with line that Fox reported the private account was  the one hacked.