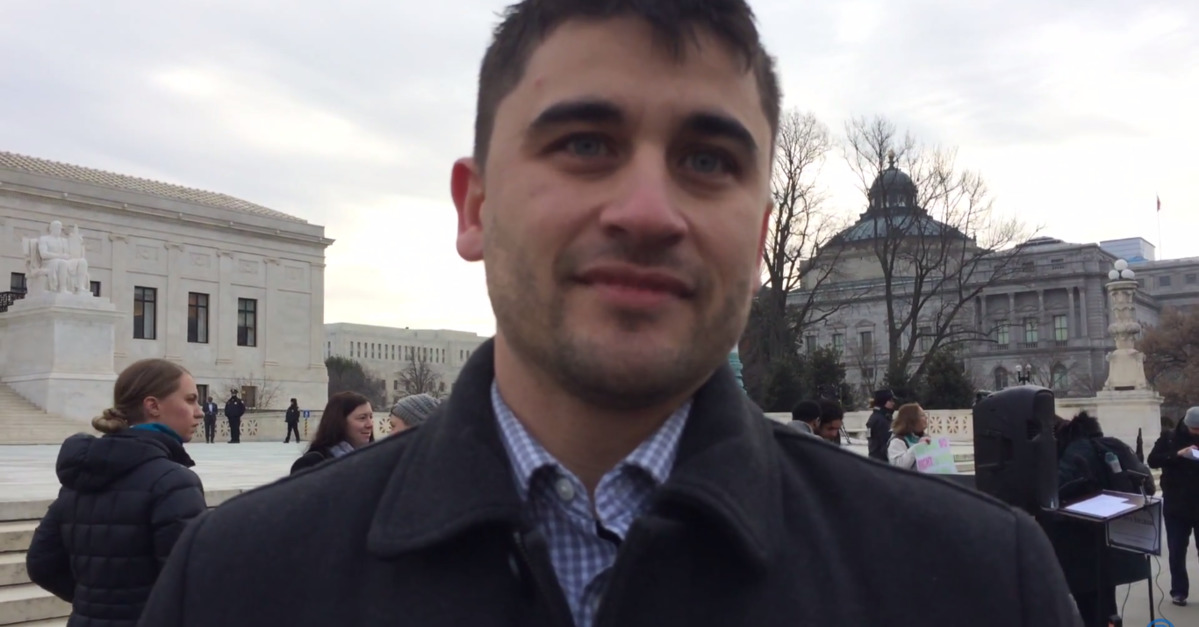 Ohio Republicans are doubling down on an attack against an Afghanistan War veteran, by criticizing his mental health and sending out mailers which raise concerns about Post Traumatic Stress Disorder (PTSD).

Joe Helle is a Democrat running against Ohio State Representative Steve Arndt (R). A veteran who served in both Iraq and Afghanistan, Helle admittedly suffers from PTSD–and it’s become part of his campaign biography.

In a rare moment of political honesty, Helle noted that his stress condition has led to anger issues–and job issues–in the past. A former police officer and mayor, Helle described the concerns which gave way to his short tenure as a member of the Fremont Police Department.

In comments to the Fremont News Messenger, Helle said:

I was concentrating too much on reintegrating into the civilian world that I didn’t identify at the time that my mental health should have been my priority. That led to the disciplinary issues outlined in my personnel file. The real story here is that mental health care is important, and shouldn’t be stigmatized.

The candidate went on, making the pitch that being forthright about his PTSD was a net positive.

“Oftentimes it takes an event like mine with the police department to identify and realize there is an issue that needs to be addressed. Seeking out mental health care doesn’t make someone a bad person, or unable to lead,” Helle noted. “On the contrary, it’s how that person stands back up to improve themselves, their family, and the community. And that is exactly what I have done. I am a better father, partner, leader, and public servant because of it.”

In light of that September admission, the Ohio State Republican Party recently began sending out mailers which directly reference Helle’s mental health issues. One such ad reads, “You wouldn’t like Joe Helle when he’s angry.” The candidate fired back in a Twitter post. He wrote:

Well, @ohiogop has finally hit rock bottom. Attacking my mental health is the lowest form of politics. Fortunately, people aren’t buying your nonsense. People here are furious at your unethical and immoral attack. I imagine you’re going this low because you can’t win.

The PTSD attacks against Helle by the Buckeye State GOP have so roiled the race that Arndt and Helle issued a joint statement calling for an end to the smear campaign.

In a video, Arndt says, “I agree with you, Joe. Those kinds of attack ads, there’s no call for it.”

“My opponent’s Ohio Republican Party spokesman Blaine Kelly told the Register that attacks on my mental health and post traumatic stress are educational for the public, not attacks. What do you think?” Helle asked. “Do ads like these educate the public, or shred what moral fabric we have left?”