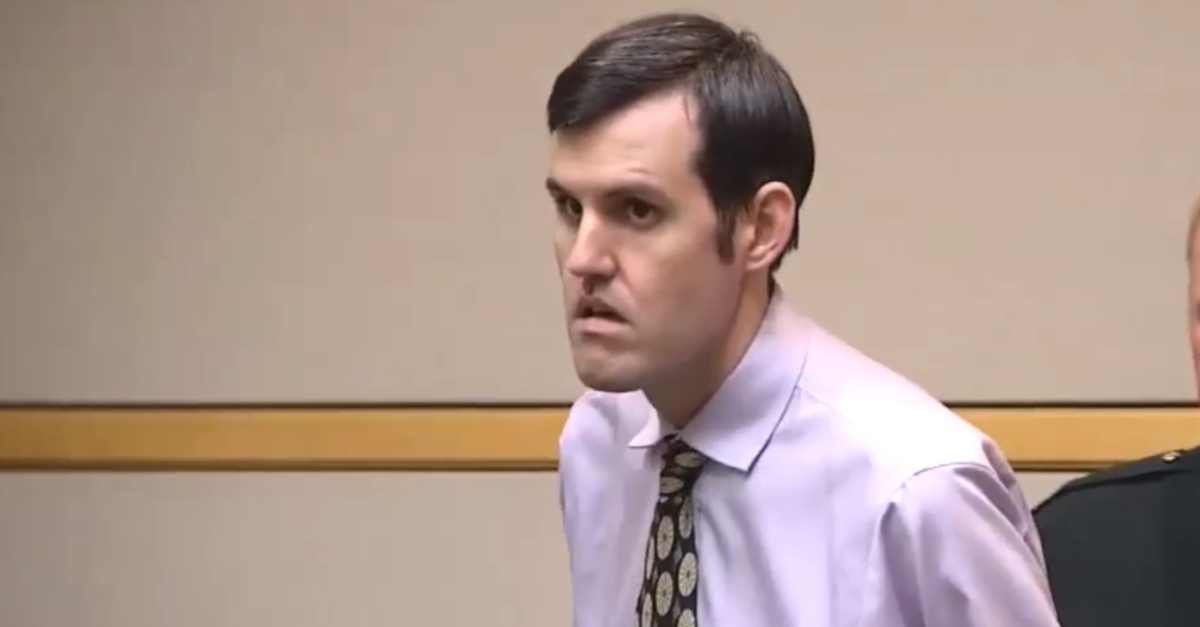 Florida man John Jonchuck, 29, was found guilty of first-degree murder for the Jan. 8, 2015 death of his daughter Phoebe Jonchuck, 5.

His defense argued at trial that, yes, he’s responsible for her death, but he suffered from a serious delusion. Prosecutors said Jonchuck drove Phoebe to the Dick Misener Bridge in Pinellas County, and threw her into the water. They claimed he faked his insanity. They said he killed his daughter not because of mental illness, but out of spite against Phoebe’s mother, and his mother.

The jury determined that Jonchuck was not legally insane at the time of the murder.

Defense lawyer Jessica Manuele said in closing arguments that Jonchuck believed he was protecting his daughter.

“It doesn’t make sense,” she told jurors, but added it would never make sense because it was insanity.

To find the defendant not guilty of insanity, jurors had to find that he suffered from a mental illness, and also that he either didn’t know what the consequences of his actions would be, or–if he did know–that he didn’t understand this to be right or wrong, said Assistant State Attorney Paul Bolan.

Prosecutors argued that Jonchuck faked his delusion. For example, a toll booth operator testified that the defendant fled the scene, backing up over cones through a toll plaza to escape. This showed that Jonchuck knew that what he was doing was wrong.

Bolan highlighted expert testimony that described delusions as “fixed” and involving depth. In this case, Jonchuck claimed to believe that he and his daughter needed to die to save the world. The prosecutor questioned that if this were true, then why wasn’t Jonchuck dead.

Jonchuck may have had mental issues dating back to childhood, but he didn’t display “fixed” behavior indicating a delusion, said the prosecutor. For example, the defendant switched things up during an interview with a doctor, suddenly claiming to be God.

Jonchuck killed Phoebe out of spite, according to prosecutors. His mother Michele Jonchuck–who was not there for him as a child, and dealt with drug problems–got her life together, and became a loving grandmother to Phoebe, said Bolan. The defendant resented that she was giving his daughter the attention that she never gave him, according to the prosecutor.

Then there’s Michelle Kerr, Phoebe’s mother. She was absent for a time, but returned to Phoebe’s life in the Thanksgiving of 2014. She recently got transportation and a new boyfriend. That meant she could visit often, said Bolan.

Manuele insisted on her client’s insanity. She maintained there’s no evidence of premeditation, which is necessary for a conviction of first-degree murder. There wasn’t even evidence of a deprived mind, an element of second-degree murder.

The attorney said that Jonchuck became obsessed with the religion the Christmas before the homicide. He believed Phoebe was possessed, and that the walls turned black, according to the defense. Jonchuck claimed his daughter was “Michael the Fallen Angel.” He said that a bible was “knocking.”