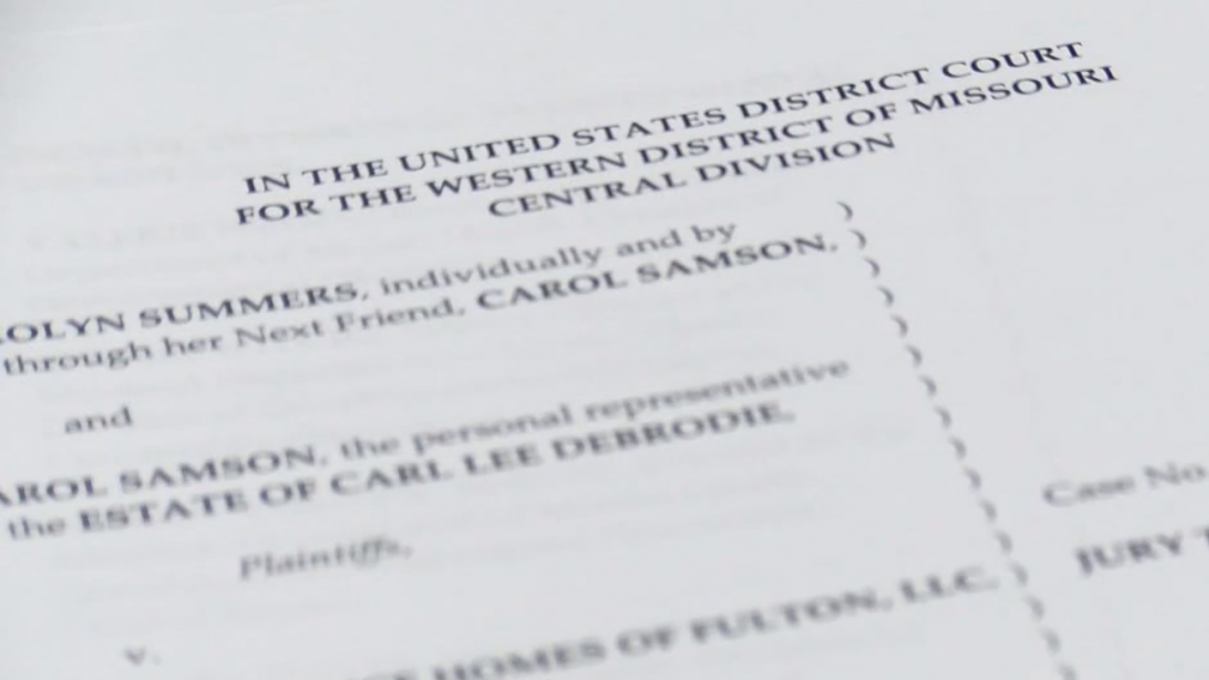 A 62-page lawsuit alleges incredible abuses towards a developmentally disabled 31-year-old man named Carl Lee DeBrodie by the employees and supervisors of of a federally funded care home. The wrongful death suit claims that workers at Missouri’s Second Chance Homes of Fulton abused DeBrodie, then failed to report him missing in a timely fashion before his body was eventually found encased in concrete.

The complaint claims that after DeBrodie went missing, staff members of the care home drafted and submitted false medical and well-being reports, and supervisors failed to establish face-to-face contact that they were obligated to perform  for over half a year. There were also alleged failures to report or take action to prevent inter-resident abuses.

In addition, the complaint says that DeBrodie and another resident were illegally taken to the personal residence of defendant Sherry Paulo, who was employed by the home as a “qualified disability professional,” where DeBrodie was allegedly forced into doing manual, unpaid labor. Paulo claims this was to provide “24/7 oversight,” but they were allegedly forced to sleep on the basement floor. During these “visits,” DeBrodie and the other resident, who had a history of violence against DeBrodie, were allegedly forced to fight for the amusement and benefit of Paulo and her family. In these fights, DeBrodie allegedly sustained serious injuries, including six broken ribs and bruising on his face.

The lawsuit claims that on one of the nights that DeBrodie was sleeping on Paulo’s basement floor, Paulo was awoken with a scream from DeBrodie, and she found him convulsing on the floor in seizure. Rather than calling for emergency services, Paulo placed DeBrodie in a bathtub and ran cold water over him as he bled from the nose and mouth, the complaint says.

Rudy Veit, one of the attorneys who is representing DeBrodie’s estate, expressed his disdain for the workers, telling Law&Crime:

Many years ago, I did criminal work. I represented people who were accused of murder and I do not believe [the accused murderers] were as cold hearted as [Paulo] who threw someone suffering a medical emergency into a tub of water and hoped they’d get better.

DeBrodie died in the bathtub, and remained there for two to three days, decomposing, the complaint says. His body was then allegedly placed into a trashcan, encased in concrete, and put in a storage unit.

The complaint alleges that due to a lack of oversight, DeBrodie remained at the facility where he clearly was not safe, which could have been established through one of the many face-to-face visits that was supposed to, but did not occur.

“It was all about money, and about not caring about those who they were supposed to give care to.” Veit continued.

Carl’s family was not permitted to contact him in the year prior to his death, he said.

Law&Crime attempted to reach out to the facility for comment, but a phone number listed for them had been disconnected. An attorney for the facility did not respond to a request for comment.