Alabama Judge Sues Over Investigation into His Same-Sex Marriage Criticism 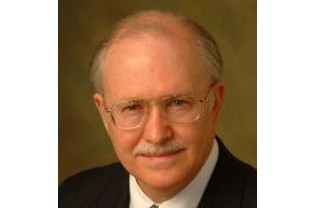 Alabama Judge Tom Parker is suing his state’s Judicial Inquiry Commission over an investigation into comments he made on a radio show.

In a federal lawsuit filed Wednesday by the conservative Liberty Counsel, Parker’s attorneys wrote the the JIC investigation was being used to “restrict and chill” his First Amendment right to free speech. They say it hurts Parker, who is running a reelection campaign.

That harm is continuing and, in fact, increasing as the election approaches and forces him to engage in self-censorship. Justice Parker is facing a credible threat of sanction resulting from the JIC’s ongoing investigation of him due to his protected speech, and no person—including a sitting judge and candidate for judicial office—should be forced to choose between speech and sanction.

Parker’s comments, from the interview:

The states should be a check on the federal government, and the proper organ within a state to do that versus the U.S. Supreme Court would be a state supreme court. Now I doubt that it would be a blanket defiance of all jurisdiction on the U.S. Supreme Court, but in regards to the Obergefell decision where it’s clear that they jumped outside of the precedents in order to impose their will on this country, that yes, resisting that decision could maybe start a revival of what we need in this country and return to our original founding principles.

That comment came in the middle of a pending case, where the Alabama Supreme Court (on which Parker serves) was looking at a same-sex marriage prohibition. On October 12, the Southern Law Poverty Center, a civil rights organization, filed a complaint with the JIC, saying Parker violated judicial ethics by publicly commenting on this pending case, and calling for state judges to ignore the Obergefell ruling. This initiated the investigation in question, and Judge Parker now faces suspension.

In his lawsuit, Parker wants, among other things, protection for what he said in that radio interview, court costs, and a ruling that parts of the Alabama Canon of Judicial Ethics violates the First Amendment.

We reached out to the JIC, but a spokesperson declined to comment.

In Obergefell, the U.S. Supreme Court found that prohibitions against same-sex marriage violated the 14th Amendment.