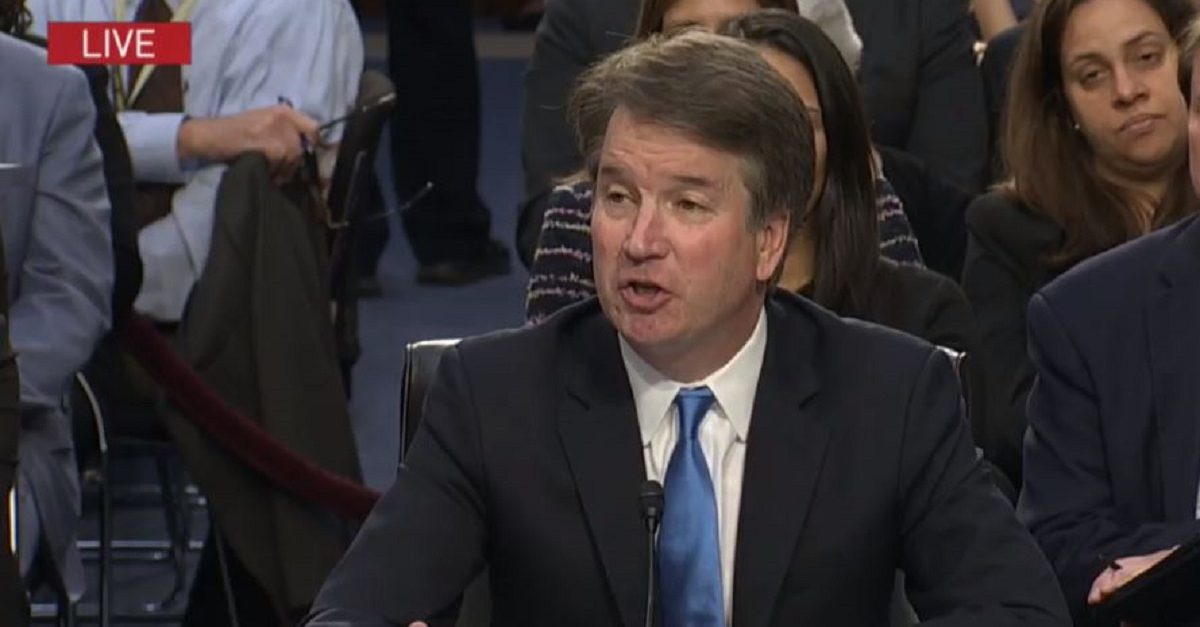 Brett Kavanaugh‘s Yale colleague Stephen Kantrowitz drew a flurry of attention to himself on Tuesday by posting something on Twitter dot com.

Kantrowitz, a history professor at the University of Wisconsin–Madison, tweeted the following at 10:37 a.m. on Tuesday:

Perhaps Brett Kavanaugh was a virgin for many years after high school. But he claimed otherwise in a conversation with me during our freshman year in Lawrance Hall at Yale, in the living room of my suite.

Perhaps Brett Kavanaugh was a virgin for many years after high school. But he claimed otherwise in a conversation with me during our freshman year in Lawrance Hall at Yale, in the living room of my suite.

At issue are statements made by Kavanaugh during a Monday evening interview on Fox News Channel wherein the embattled Supreme Court nominee claimed that he didn’t lose virginity until well after high school.

Kavanaugh said, “I did not have sexual intercourse or anything close to sexual intercourse in high school or for many years there after. And the girls from the schools I went to and I were friends.” When pressed by interviewer Martha MacCallum as to whether this meant he was a virgin during the years in question, Kavanaugh replied, “That’s correct.”

Kavanaugh was roundly mocked for making the virginity claim, largely due to issues of relevancy, but the basic truth or falsity of what Kavanaugh said wasn’t really that much of an issue until the Kantrowitz tweet appeared and multiplied across the ether after being heavily retweeted.

Jane Mayer, the co-author, with Ronan Farrow, of a recent report in The New Yorker detailing a second sexual assault allegedly committed by Kavanaugh against Deborah Ramirez, quickly championed the Kantrowitz tweet as more or less indicative of bolstering her own Kavanaugh expose:

Another Yale Classmate Rebuts Kavanaugh: was he lying then, or last night on Fox? This classmate is now an award-winning history professor. https://t.co/bj9uooB4QQ

Law&Crime immediately followed up with Professor Kantrowitz via phone and email. In a statement sent hours later, he said:

I felt compelled to reveal a private conversation I had with a classmate in our freshman year at Yale because of the tremendous importance of honesty and integrity to serving as a Justice of the Supreme Court. My conversation with Brett Kavanaugh raises doubt about a statement he made on September 24 on national television. Contrary to his assertion that he remained a virgin “for many years” after high school, during our freshman year he described losing his virginity. I remember this distinctly because it was the first time I had had such a conversation with an acquaintance who was not a friend. I have no first-hand knowledge of any of the allegations against Judge Kavanaugh, but I thought this conversation was relevant as it goes to the question of his truthfulness.

I will not be commenting further. Thank you.