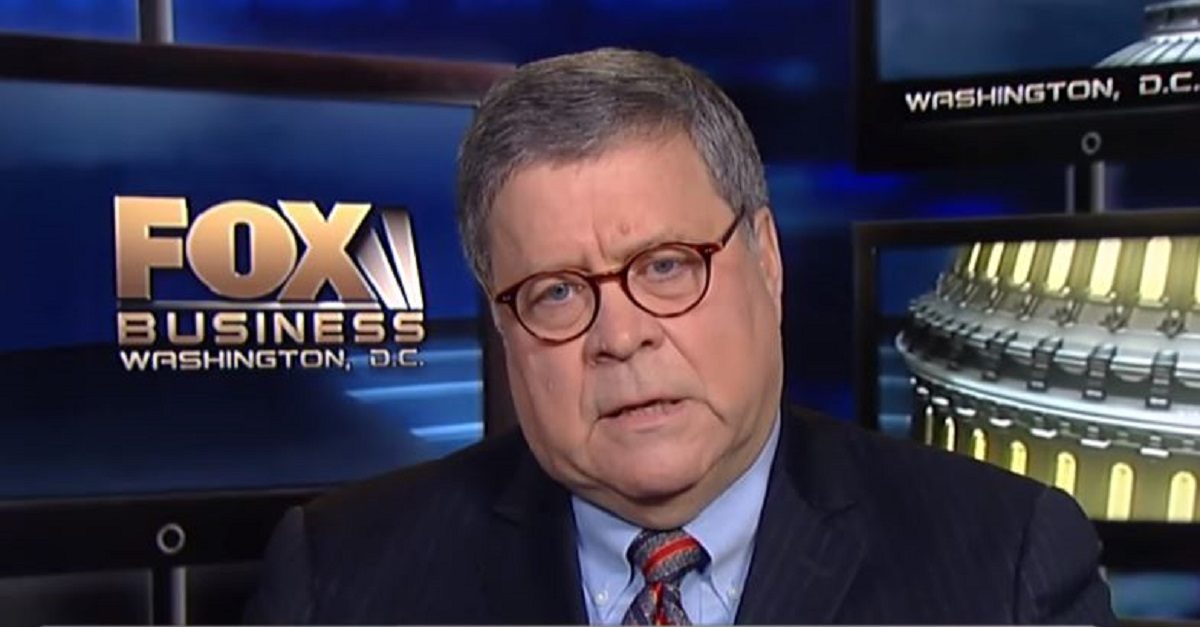 President Donald Trump announced on Friday that his nomination for the available U.S. Attorney General position is none other than former AG William Barr. Barr served in the role under the administration of recently-departed President George H.W. Bush, but more of note than his experience in the role decades ago may be comments he made as recently as 2017.

In remarks to the New York Times, Barr addressed the notion of the Justice Department investigating Trump’s 2016 opponent, Hillary Clinton. Barr made it quite clear that he was not opposed to looking into Clinton or a particular deal that is often cited by her critics as an example of corruption.

To that end, in reference to the Uranium One deal that gave a Russian state-backed firm control of 20% of U.S. uranium production, Barr said there is more of a reason to look into that deal than possible collusion between Russia and the Trump campaign. Mrs. Clinton was Secretary of State at the time the Uranium One deal went through, and her State Department was one of several federal agencies that approved the transaction. She has been criticized for it on the basis of alleged improper influence from Clinton Foundation donors.

Barr not only said that an investigation of this would be above-board, he claimed it was necessary in the interest of justice.

“To the extent it is not pursuing these matters, the department is abdicating its responsibility,” he said.

These comments were made days after a Washington Post report quoted Barr as saying the following about Clinton: “I do think that there are things that should be investigated that haven’t been investigated.”

Barr also defended the firing of FBI Director James Comey, claiming that his public statement recommending no charges against Clinton for her private email use encroached on the responsibilities of the Attorney General.

As far as what we could expect from an Attorney General Barr in 2019, one can look to a piece he co-penned for the Washington Post with other former AGs in support of former Attorney General Jeff Sessions. After Sessions resigned, Barr, Edwin Meese III, and Michael Mukasey, praised Sessions’ performance, noting his hardline stance against illegal immigration and drug dealers, as well as his push for religious freedom.

Note: This article has been updated since Barr’s nomination was made official.