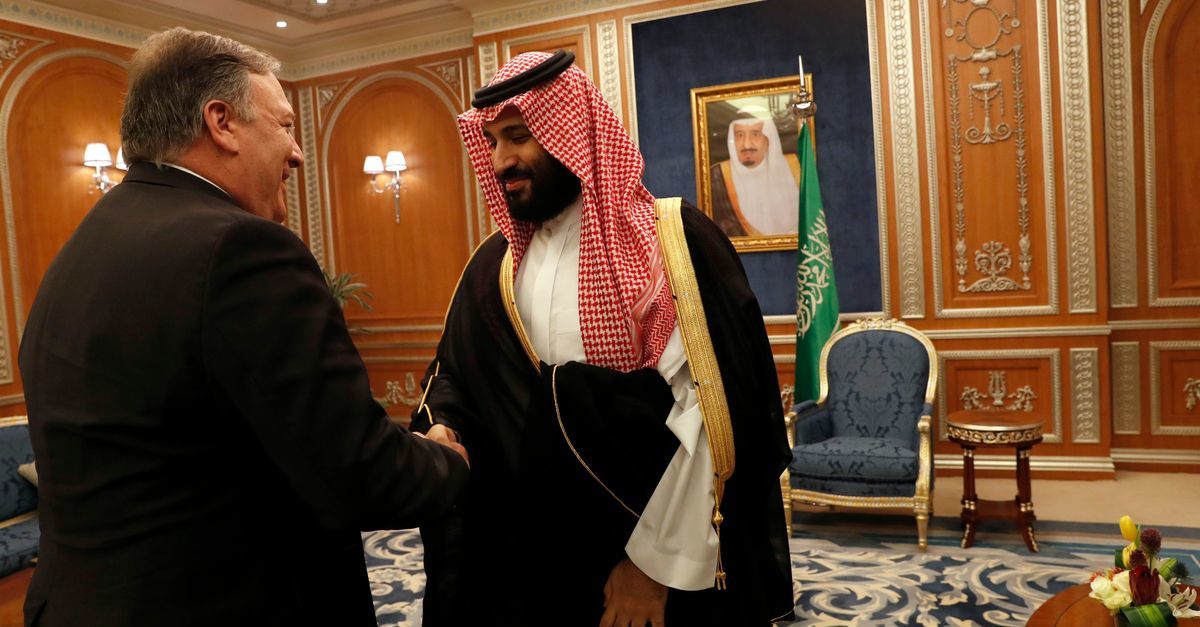 The opportunity is classified as “Buy # 954140” and an information package included on the Fedbid.com marketplace posting accompanying the original post highlights the kind of work American contractors should expect to perform for their Saudi Arabian clients in both general and specific terms.

The “SCOPE OF WORK” section notes that the U.S. government is currently seeking “a qualified contractor to provide training and mentoring to the [Kingdom of Saudi Arabia] to develop the knowledge and skills necessary to develop a women corrections academy training that graduates [Kingdom of Saudia Arabia] staff who are prepared for work in a modern correctional setting that conforms to internationally-accepted best correctional practices and human rights standards.”

A detailed run-down of what the aforementioned “training and mentoring” is likely to entail includes the following topics for the women’s prison academy instructor certification course:

The course itself is expected to run for two “iterations” of 60 training days per iteration–for 120 training days total inside of Saudi Arabia. Those trainings are anticipated to be separated out between 25 “women corrections trainers per course” for a total of 50 trainers over a two-year period.

Four additional–and shorter–specialized courses are requested to train Saudi Arabian prison guards and officials on issues related to: (1) prison classification and intake; (2) prisoner transport and escort; (3) emergency management and response; and (4) prison intelligence and security threats. The first three specialty training iterations are expected to last 15 days each. The final training segment on intelligence and security threats is the shortest specialty course anticipated–requiring only eight days of training.

Only American contractors are allowed to apply for the posting and the State Department’s partnership with the repressive dictatorship has smoothed the way forward for interested parties.

“A Saudi business license will not be required for U.S. businesses,” the procurement solicitation notes.

While some meetings will likely occur in Washington, D.C., the majority of work will occur inside the repressive, sharia-compliant kingdom.

“The contractor will work in close collaboration with the [U.S. government] team, team of corrections subject matter experts in Washington, D.C. and the U.S. Embassy in Riyadh, Saudi Arabia, and the Women Corrections Training Academy,” according to the post. “Training will be both classroom-based along with physical, hands-on training for women corrections training academy instructors in the KSA.”

Originally reported by Ken Klippenstein for TYT Investigates, the 35-page solicitation goes out of its way to highlight a purported commitment to international human rights standards. The document uses the phrase “human rights” no fewer than seven times–including three times in the introduction alone.

Many observers will note the obvious and apparent discord here.

Saudi Arabia has recently come under fire for the disappearance–and likely murder–of U.S. permanent resident Jamal Khashoggi. The Washington Post journalist recently entered the Saudi embassy in Turkey and never walked out. According to Turkish intelligence, he was dismembered by a bone saw while still alive over the course of seven minutes and then secreted away by use of a diplomatic pouch by Saudi Arabian officials.

Aside from those recent accusations, the regime currently ruling the Kindgom of Saudi Arabia is all-but unanimously considered one of the world’s foremost abusers of human rights and leaders in state repression.

Many experts also consider Saudi Arabia to be the world’s foremost source of radical Islamic terrorism. And FBI evidence implicates the Saudi Arabian government in the 9/11 attacks against America.

The advertised contract is for one year with an additional two-year option.